"When I moved to New York City, I was very excited

SCULPTURE MASTER CLASS: Sculpture: the Body and it

"The intensity of the Marathon, coupled with the m 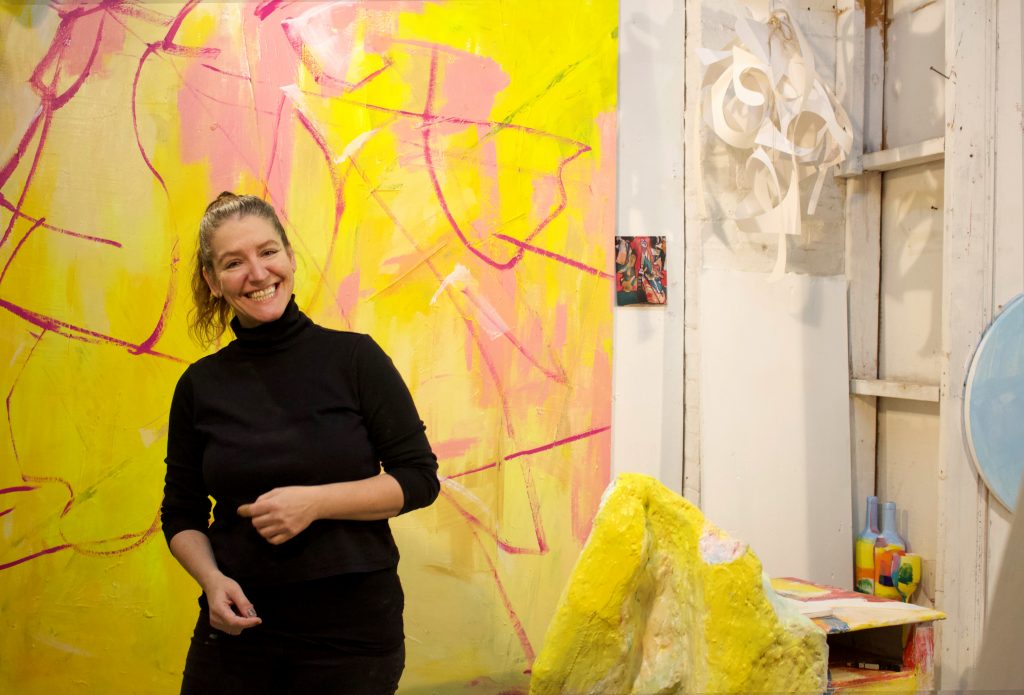 If someone had told me, as I embarked upon my Studio School journey (and the New York Studio School MFA Program is most certainly a journey), that my final thesis project upon graduation would be comprised almost entirely of large very abstracted plaster semi-figurative sculptures, I would have laughed in disbelief. Then, I would have walked away, concerned about that person’s sanity.  Not because there is anything particularly wrong with large very abstracted plaster semi-figurative sculpture – indeed, these pieces will represent the culmination of my work for my thesis show – but because, at the time that I was leaving for New York City to attend the program, as a painter no less, I had never attempted any sculpture of any sort, had never worked with plaster, and wasn’t much of an abstractionist. And that, in a nutshell, is what can happen to a student at the New York Studio School. 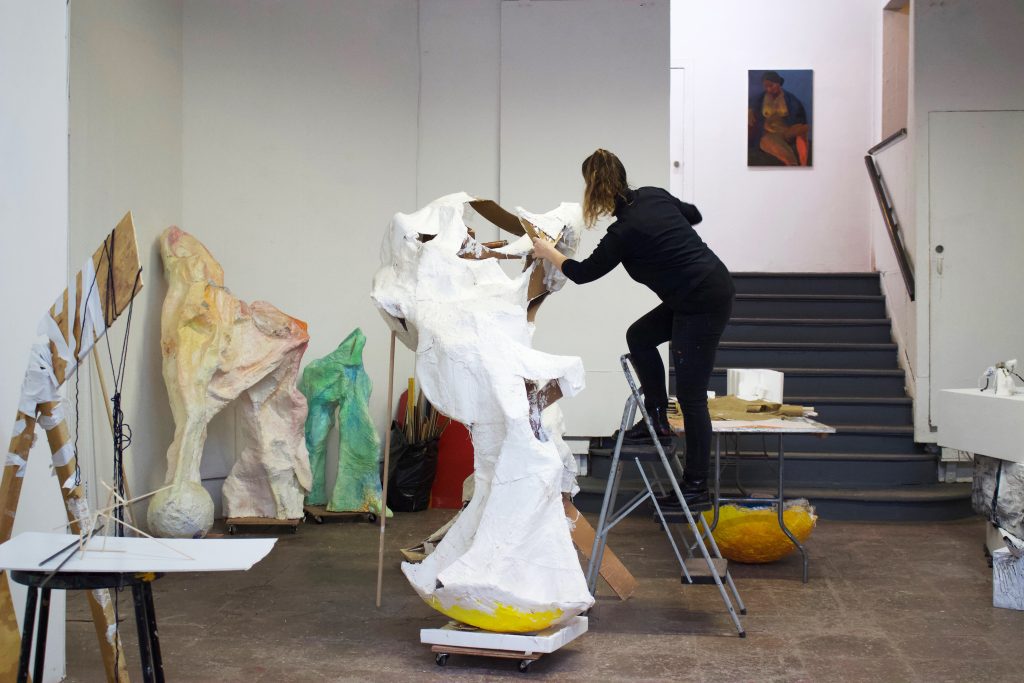 But I am not certain “happen” is the best way to phrase the transformation that students experience at the school.  And it is a transformation.  The Studio School is open to those who want to learn.  That is the common denominator among one of the most diverse groups of people I have had the privilege to call friends and colleagues.  At the Studio School, I have studied alongside of a virtual United Nations of students, representing countries as far-flung as Israel, China, Brazil, South Korea, Italy, and Romania.  The four corners of the United States are equally well-represented, as well as its north, south, and areas in-between.  Students’ ages range from 19 years to north of 80.  I have learned as much from their varied backgrounds and stories and ways of looking at art as I have in the classrooms. This is not a low bar to clear.  We are all working and searching and experimenting.  We are learning.  And it is not just the students.  It is the instructors, all working artists themselves, and the staff, most of who are artists, too.  Everyone is here, whether staff, instructor, or student, because we want to be.  We believe in the school, its mission, and each other.

As students, we attend class, spend hours in our studios.  Yes, we are working, but also we are discussing our work, our future plans, the art world, and work of others, past and present.  We go to lectures; visit the city’s museums and galleries; and seek out feedback from NYSS instructors and visiting artists.  We try new things, in art and in other aspects of our lives.  And none of this just happens.  It is an intrinsic part of what the school is and the experience it offers those who want to learn. 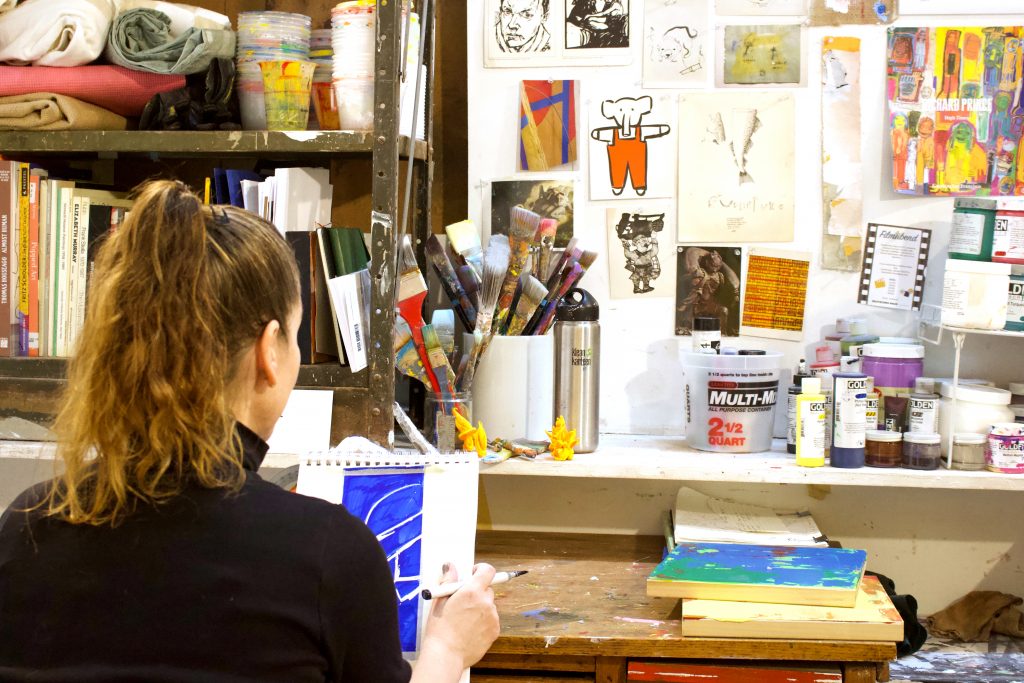 For me, I’ve had some amazing experiences that I will never forget: the time I had a total babbling fan-girl moment when an instructor brought artist Judy Pfaff over to see an experimental work that I was in the process of installing; the post-lecture dinner I attended with sculptor, Joel Shapiro, who has a wicked sense of humor; meeting William Tucker, a former instructor, sculptor, and author, and; talking motorcycles(!!!) with artist Larry Poons.  There’s been smaller, yet equally fulfilling, moments too, such as when I (finally!) grasped what it means to “draw to the picture plane,” and when I realized I could explain in detail and with confidence why a particular painting failed, and later, succeeded.

I’ve learned what amounts to an entirely new language which enables me to communicate clearly about my own work and the work of others.  I now know from where my work draws its strongest influences and where to look for inspiration.  Most importantly, I’ve learned to never say: “I don’t do that sort of art,” and “That’s not my thing.”  Even skills and techniques with materials I might once have believed I wouldn’t need or use, I’ve discovered may become integral to my future artistic endeavors. For example, creating very large abstracted plaster semi-figurative sculptures that I never knew I had in me. 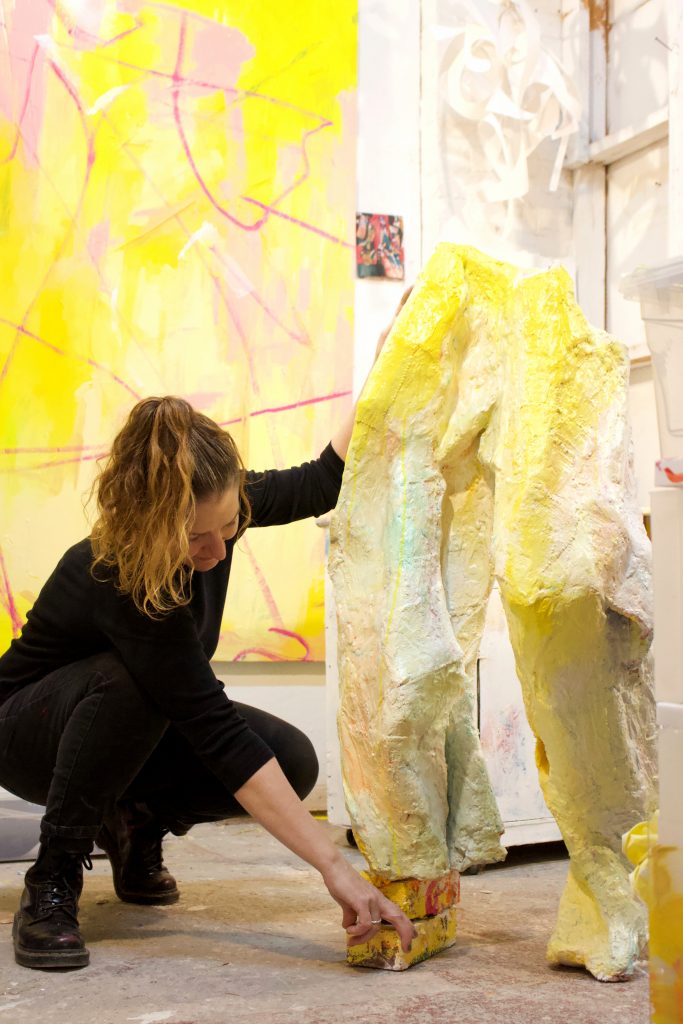 The New York Studio School is a truly wonderful, and wonderfully strange, art oasis in the middle of New York City’s Greenwich Village.  It was founded on the ideal that anyone who wants to learn how to draw, paint, sculpt, and see the world as an artist, should have that opportunity.  It recognizes that art is a journey of discovering the answers, and the questions, that enable an artist to express themselves in ways that are beautiful, compelling, and occasionally uncomfortable, by creating something that had not existed previously.  The New York Studio School provides the tools to navigate this journey successfully, and so much more. 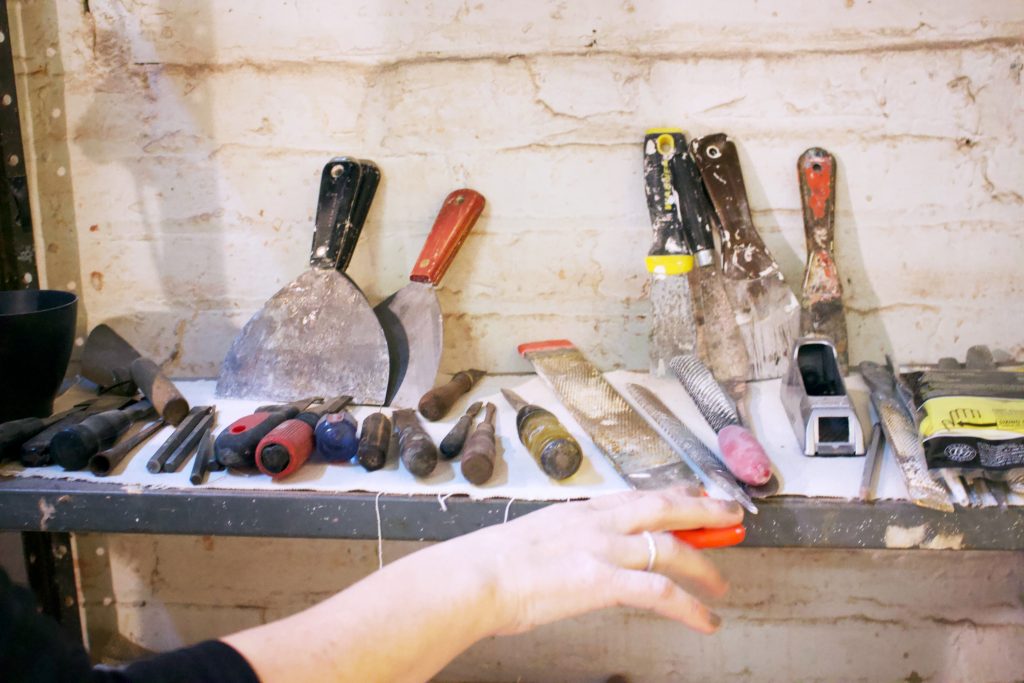 As I approach the end of my two years here, I am torn between excitement for whatever adventures may lay ahead, and sadness to leave a place I’ve come to love.  I cannot imagine my life without the New York Studio School, but luckily, I don’t need to.  Everything I’ve learned, everyone I’ve met, all of my experiences, will still be with me along my journey, which of course, never really ends.  And that, brings me to my final point: The New York Studio School is an experience of, and for, a lifetime. 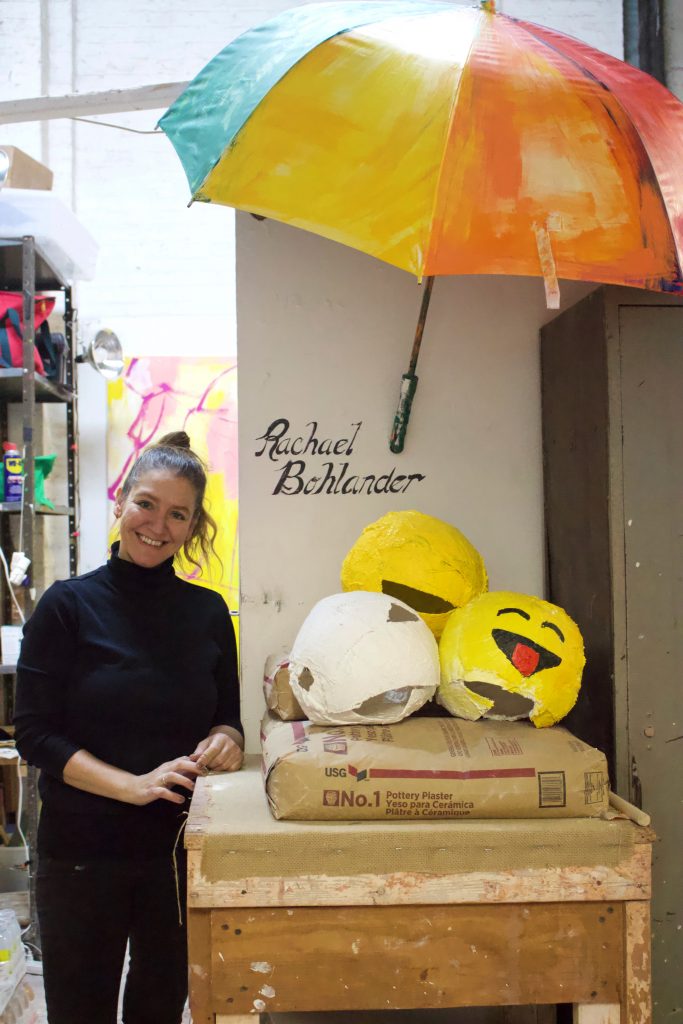 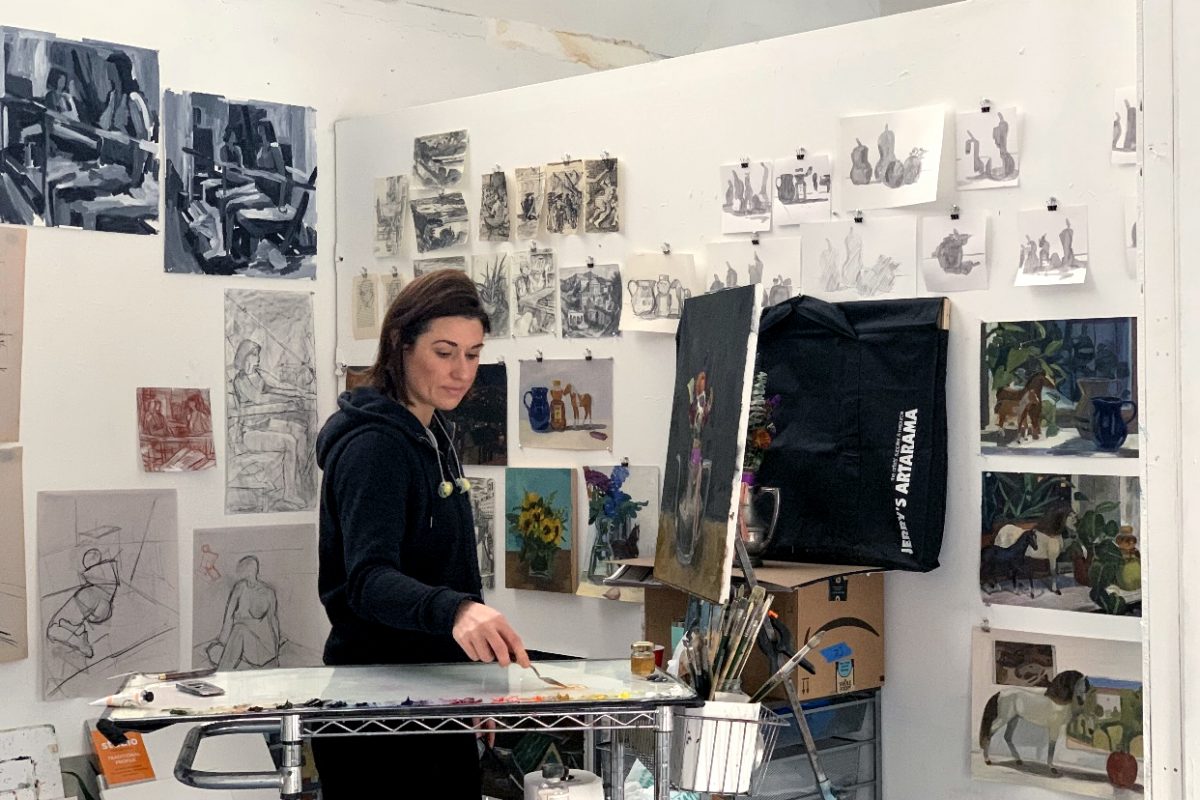 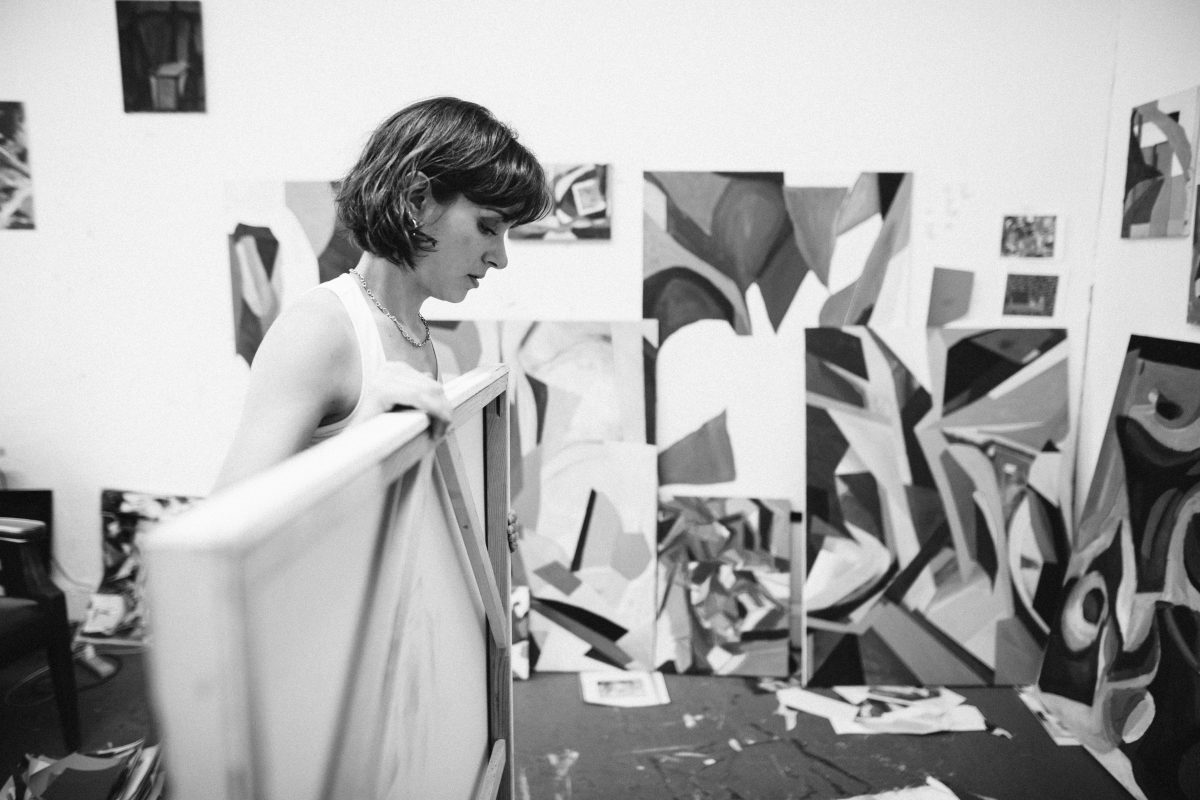 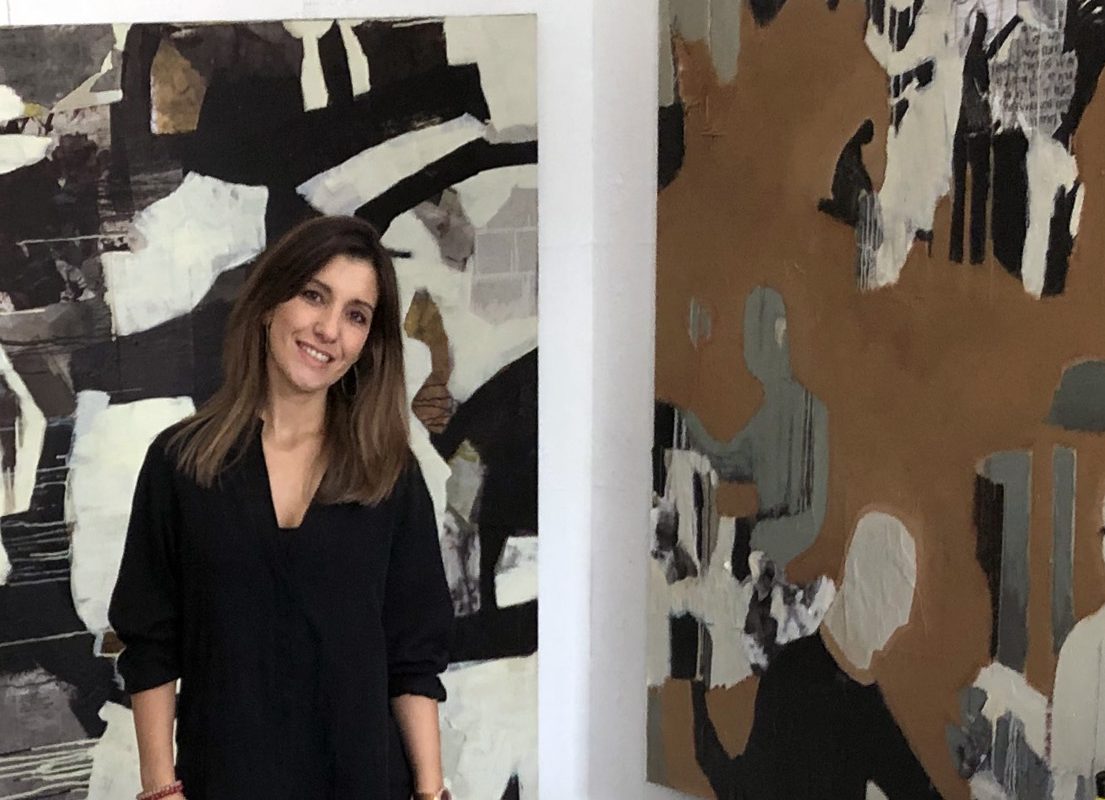