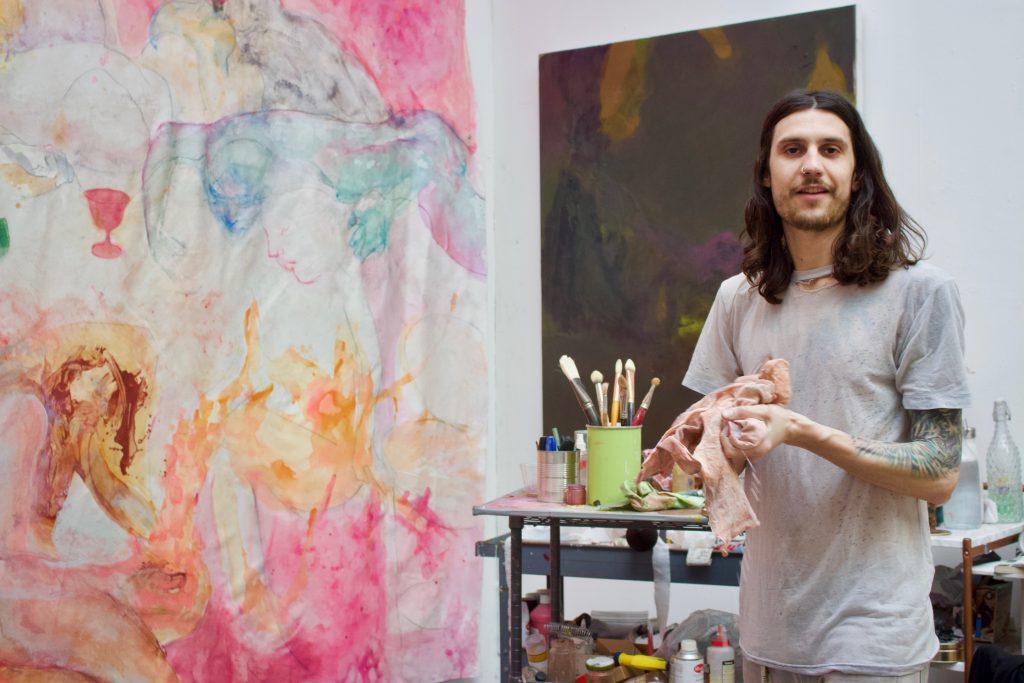 I came to the New York Studio School a few years after completing my BFA at Pratt Institute. I was working a studio building in Crown Heights, and although I treasured the community I had there, I felt there was something missing in my paintings; I was almost happy with my work, and I found that suspicious. I was eager and somewhat impatient for a breakthrough to break me from making work that seemed easy, instead of doing my thing over and over. All I knew about the Studio School at the time was that I heard it was a “painter’s painting” school – and also a drawer’s and sculptor’s – and I rolled right into it. Deliberate about breaking my painting habits, I enrolled in almost every class offered, taking, after my MFA requirements, 4 electives each semester, showing up 7 days a week and often from opening to closing studio hours. Like a sponge, I absorbed everything I heard in the studios, corridors, and lectures. One in particular resonated in my head like a familiar bell: “dumb like a painter”, William Corbett quotes Duchamp during his lecture on John Walker. I knew exactly what he meant. Painting is something to be felt, rather than to be thought. 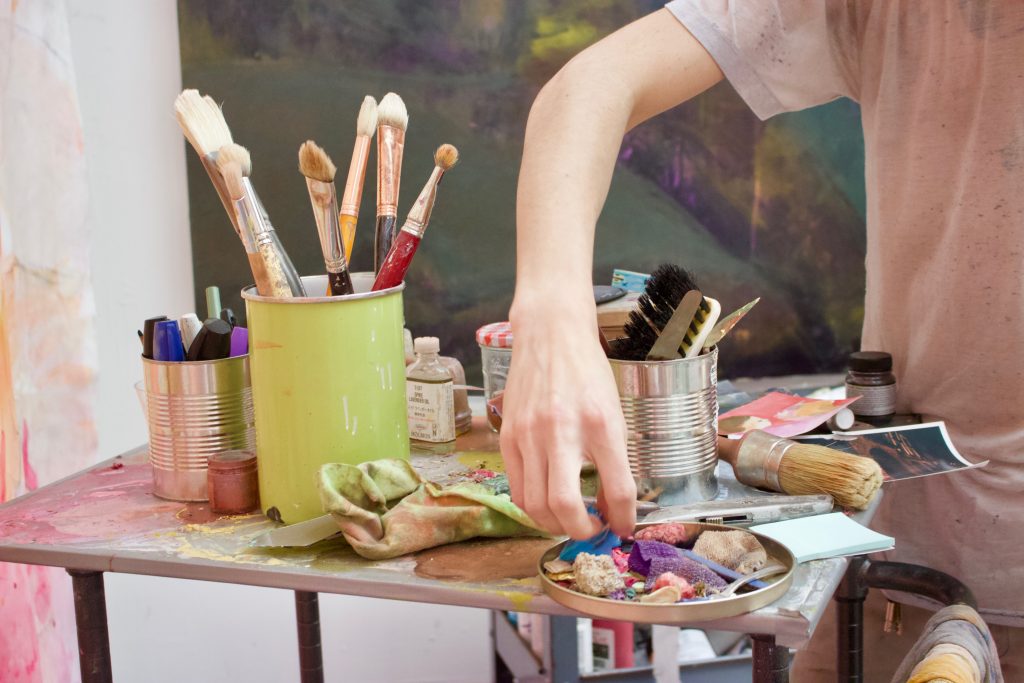 It’s at the Studio School that I learned to paint with my guts. The feeling of ease from my old Brooklyn studio disappeared, as I was told to draw faster than my brain could think, to have a visceral experience that is raw, immediate, and stunning. And then to look. I learned about making, but I also learned about myself, working less in classroom, and more solitarily in my fantastic second year studio. I’ve always referenced older paintings, and only then started to question it, to understand what it really means to use transcription as a painting tool. Reworking the old masters distills the work with spiritual recharge. When I need a dog reference for a painting, I don’t look at pictures of dogs – unless I personally know the dogs pictured – but I look at a Matisse painting of a dog, or a Titian, Courbet, Hockney or Goya, I go to my pals. As my art history professor Karen Wilkin would say, quoting a famous Philip Guston anecdote during class, I invite them into my studio. They are part of our visual language, there’s something happening from a sensorial point of view, like muscle memory. Perhaps it is self-explanatory, but being into certain paintings also simply brought me to paint. There’s curiosity in wanting to live in it. This might also excuse why I like to be covered in paint myself, and play with that idea a lot. There’s a performative act paint does. It transforms itself into something, it manifests, and that’s a powerful concept. 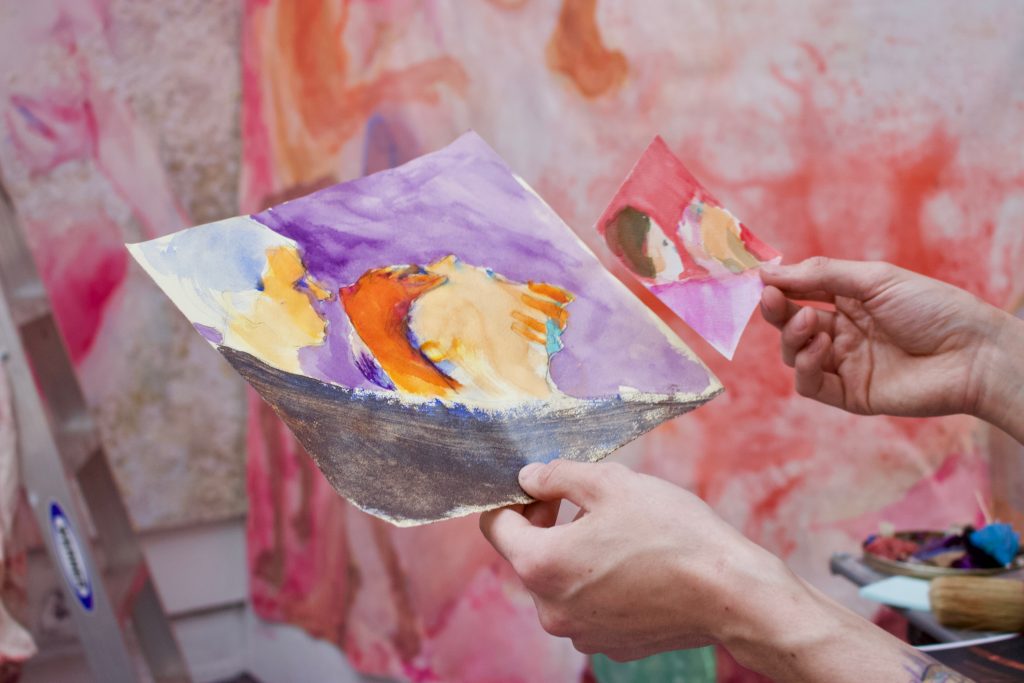 The Studio School enriched my community with peers, staff and faculty that I now call friends. I learned so much from every single person that came through the studios, and every work-study job I took, every official event I attended, and every late-night studio discussion over paint and wine. It gave me the gift of wonderful opportunities in the art world. Through the School I was nominated and awarded the Dumfries House Residency by the Royal Drawing School, and travelled to the UK. I have been in studio painting ever since and breakthroughs in my work continue to amaze me and I attribute that to what I learned at the Studio School. 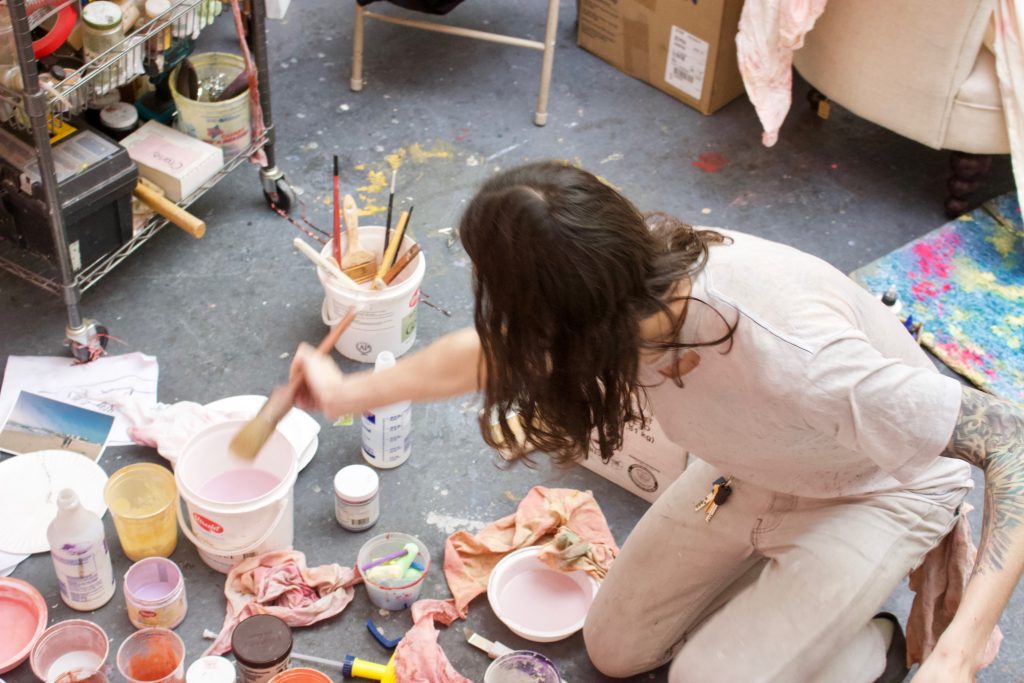 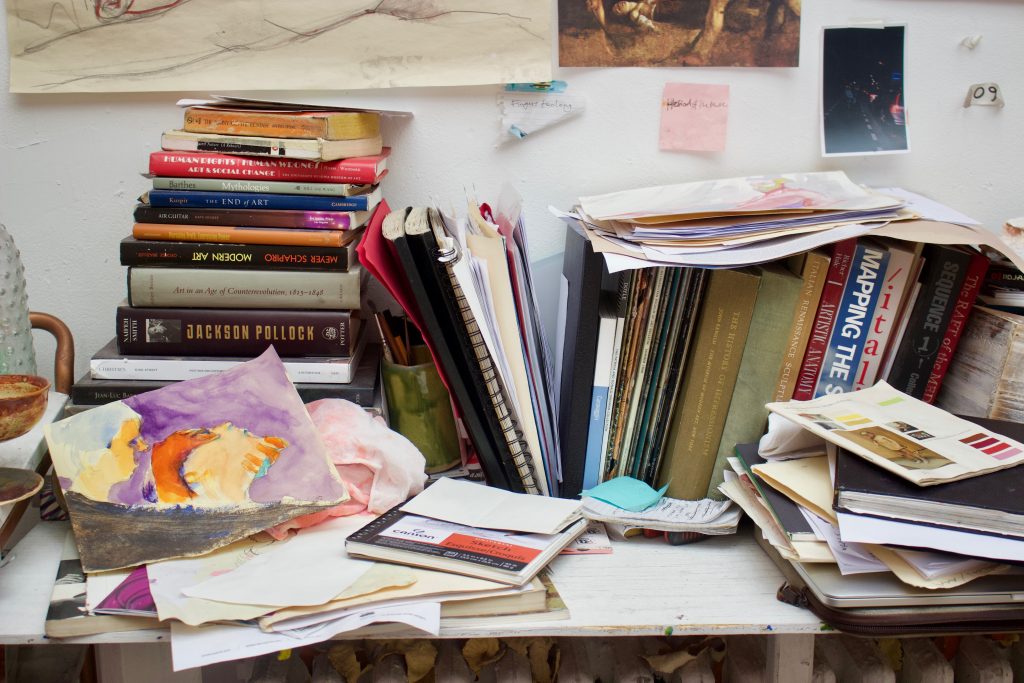 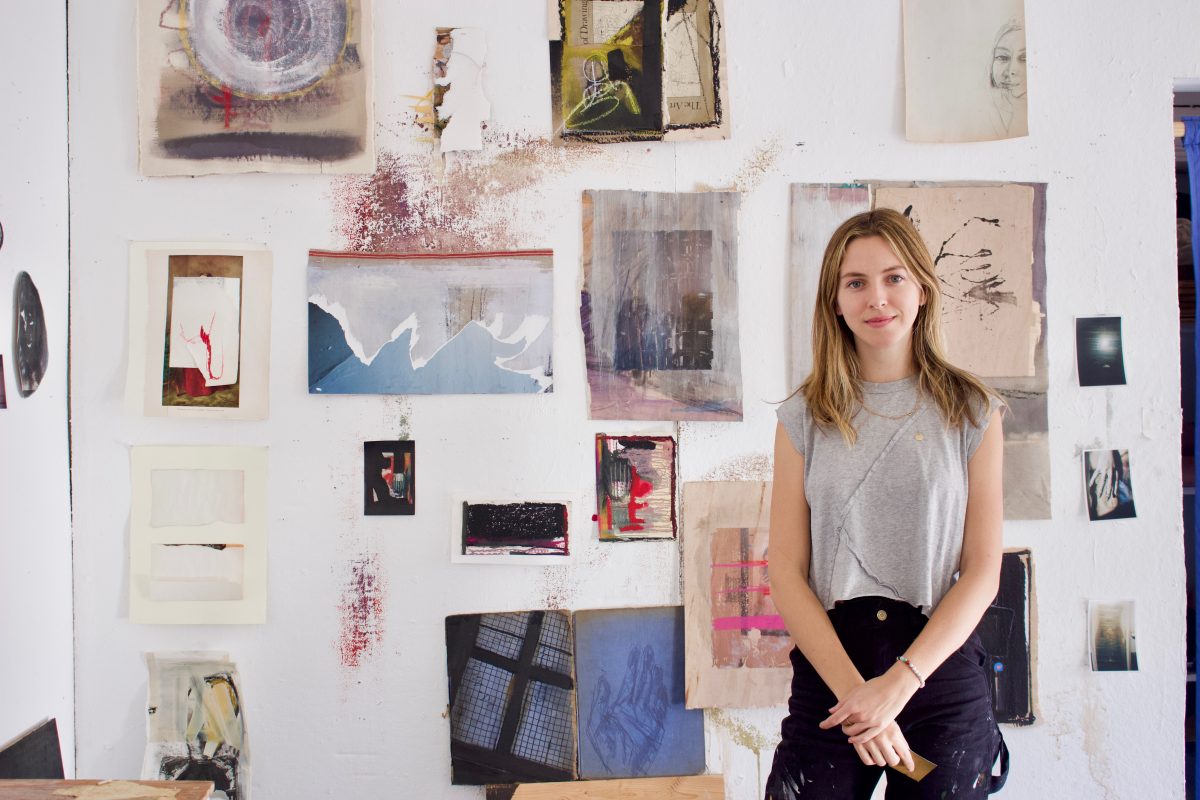 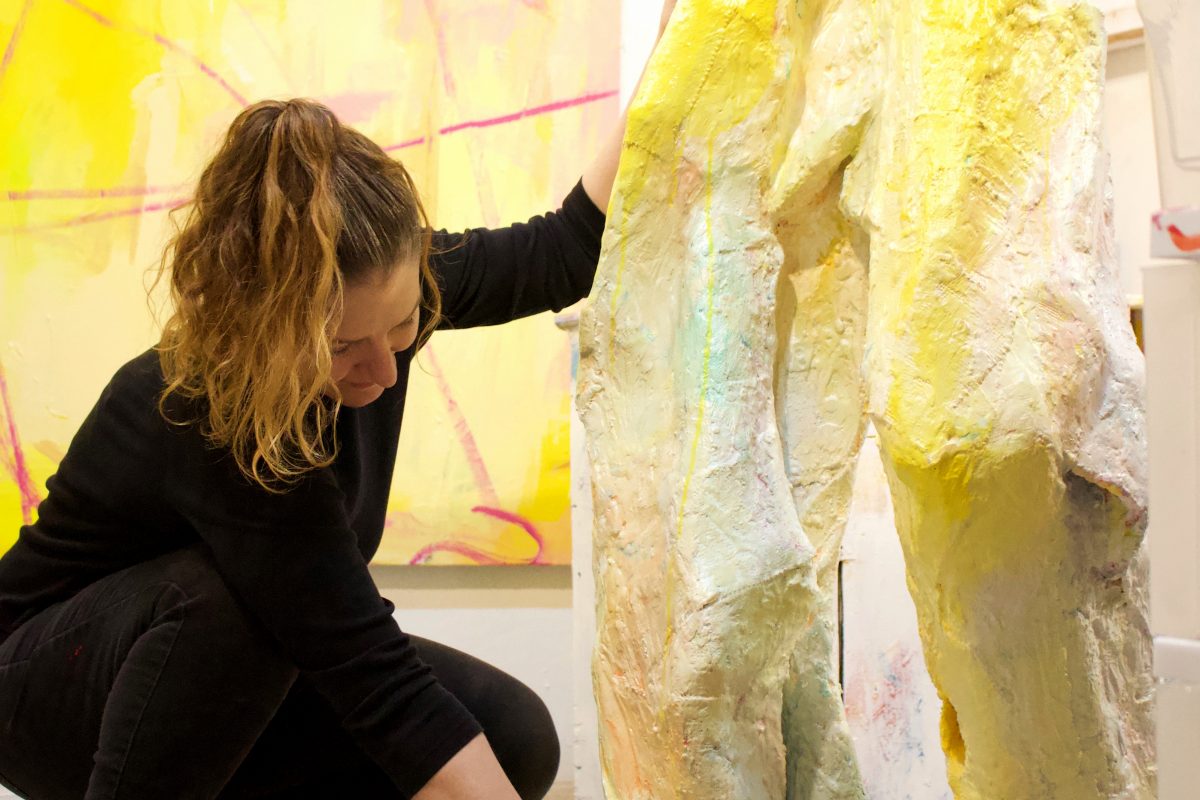 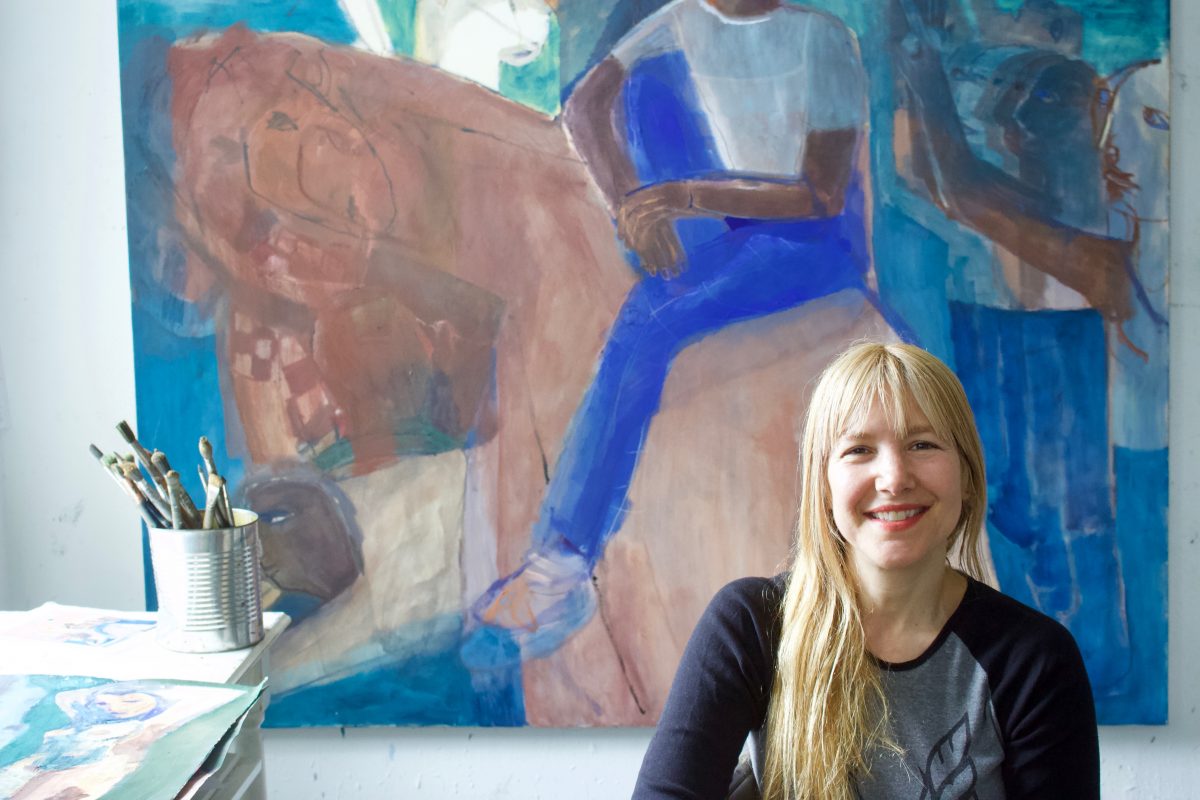