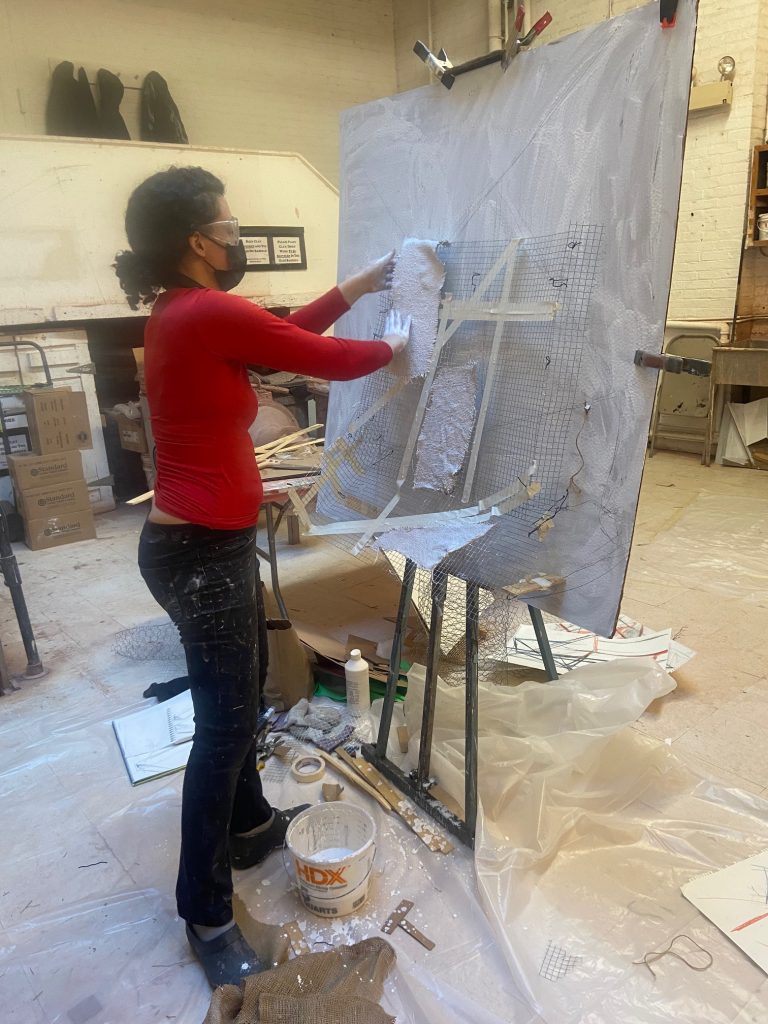 When I first found my way to a New York Studio School course with Jilaine Jones a few years back, I did not have much experience working in three dimensions.  Beyond a rather spectacular failure to achieve my artistic vision in a block of rosewood in high school, I had mostly shied away from creating forms that held volume or depth. Through a series of courses with Jilaine, I was able to release my preconceptions about what it meant to create sculpture. Under her instruction, I was encouraged to approach space and gravity in ways that inspired curiosity. The proposal was towards a collaborative nature of shaping form, working with the forces that determine it. 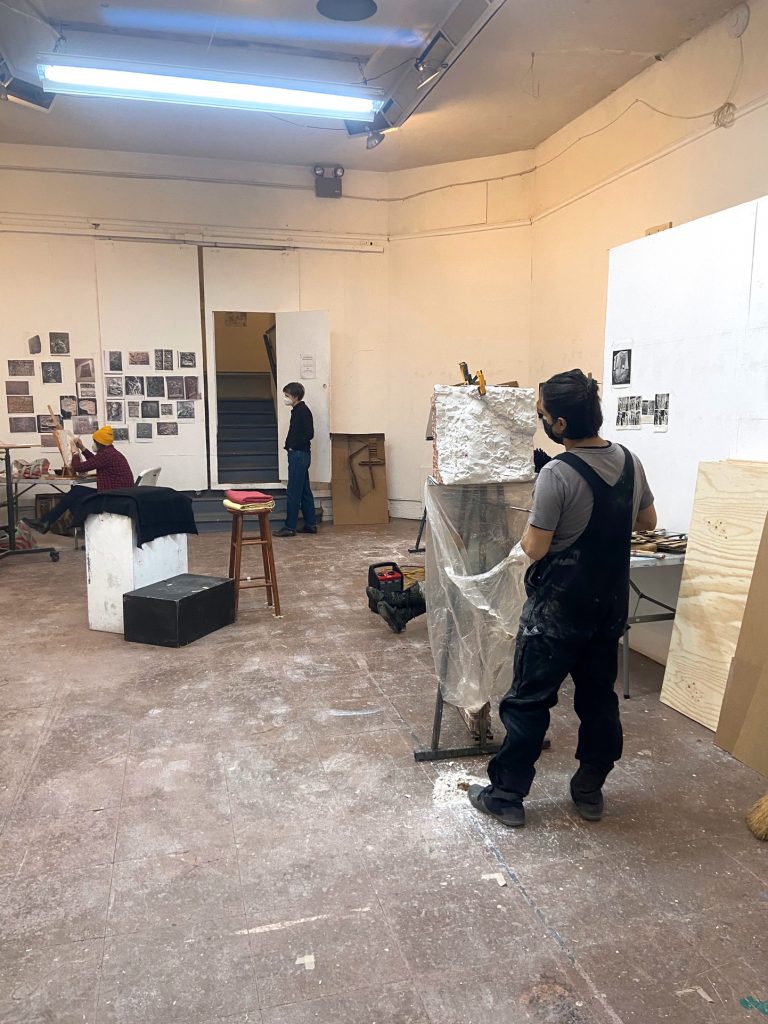 To be back at NYSS as a TA for Touching Space: Sculpture Marathon with Jilaine Jones, was a welcome way to begin a new year. Arriving at West 8th Street in January, a sculpture department that had been largely quiet throughout the pandemic was teeming with activity. The Marathon had already been going for a week with another TA, Thomas Stavovy, and you could feel a dedication and rigor reminiscent of the energy I’d experienced in previous courses with Jilaine. Many students in the Marathon were exploring three-dimensional work for the first time, and finding the learning curve to be both demanding and inspiring. Opening up and exploring new areas of focus and physicality was presenting a sense of entering an unknown internal landscape. As happened with me, entering that space with curiosity and attention breaking new ways of seeing and discovery wide open. 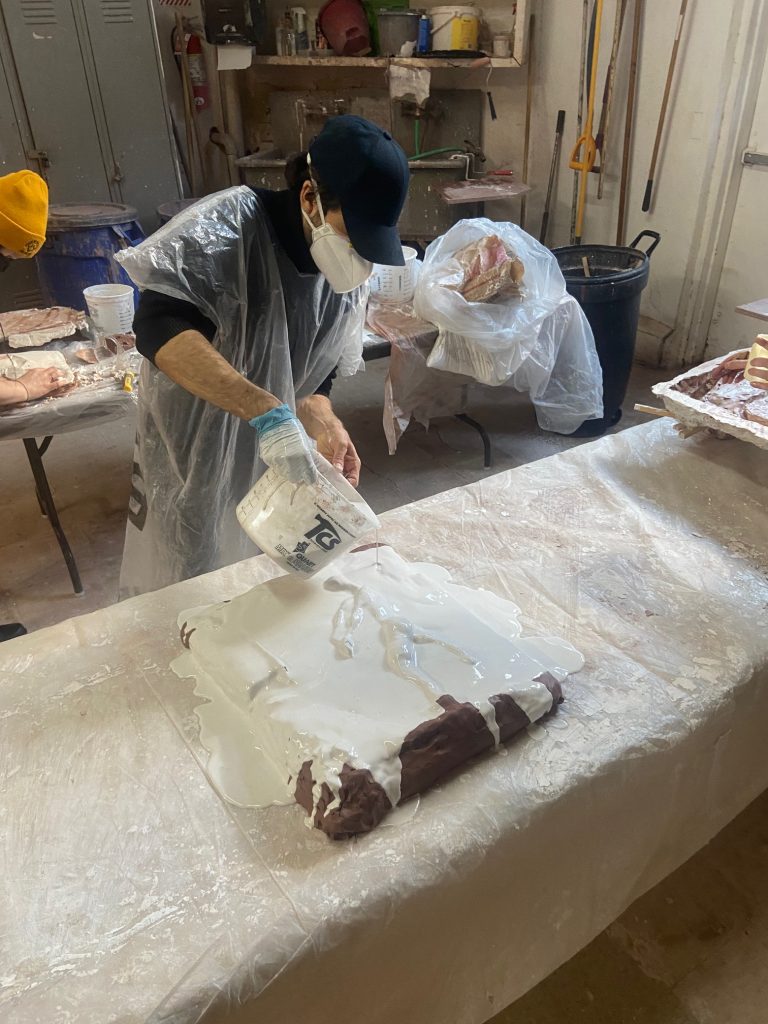 In the two rooms of the Marathon, a platform was set up with a live model and a collection of objects expressing space. Days were spent responding to and representing this setup, and students were asked to consider the confines of the room itself as well as the connections between objects in space. Some days were focused on analytical exercises, seeking to describe the distance and dynamics between objects or points in the room. Other days demanded an empathetic reading of the space – no longer carving it up into areas of presence, but representing it based on felt experience. There was a push and pull between these seemingly rational, systematic exercises and more feeling based interpretive ones that allowed for students to be pushed out of their comfort zones and find their footing within these given parameters.

Exploring cardboard, plaster, paper and clay, the range of materials also offered the students a sense of the different ways materials communicate. The requirement to work in each was like acquiring vocabulary – just as the same ideas are expressed differently in each language so form speaks uniquely based on its substance. The instructor introduced the group to the bas relief through images including Donatello and Agostino, considering Adrian Stokes discussion of carving vs. molding. These different approaches towards achieving a sense of depth were explored in each material. We learned to make molds out of cardboard and clay, considering the fullness of the space and each individual response to it. Though the figure played a very integrated role – it was not the center of focus. The demand was to feel or analyze what the space was saying, and mold that into form. 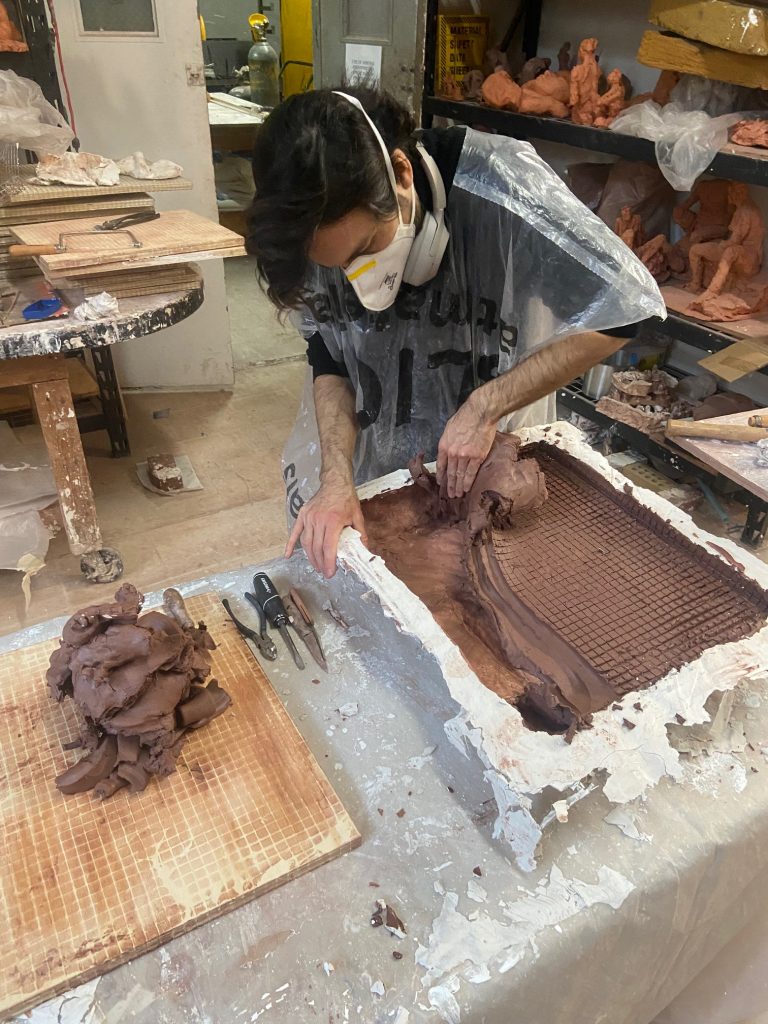 The amount that can be accomplished within a Marathon is quite staggering, and this group was no exception. Every person came away with multiple bas reliefs of quite varied nature, and what was more, a new language. The way that Jilaine Jones introduces sculpture is both approachable and exacting. It leaves you wanting to try, try and try again, and build fluency with every material and conceptual struggle undertaken. There is no one way to approach it and there is no guarantee of success in your endeavors. However, what can be promised is an uncovering of small epiphanies along the way, often taking the form of new questions that require further study. What can be assured is that there are unending variables within any given block of space. Through individual interpretation of the infinity held within it, an almost alchemical process unfolds, and the very boundlessness of space itself is activated. Specificity achieved marks one of the immeasurable possibilities that can be carved or molded to capture a moment, a vision, or a world.  Each finite impression discerned from the limitless has the remarkable capacity to demand that we reconsider our very existence within the spaces we find ourselves. 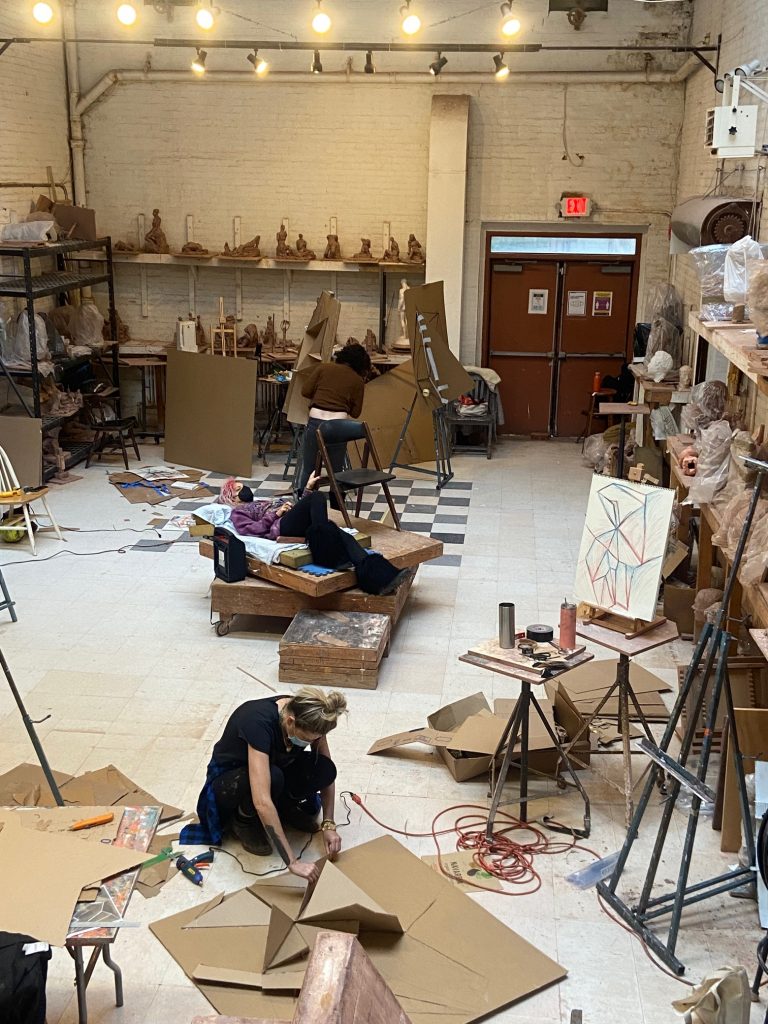 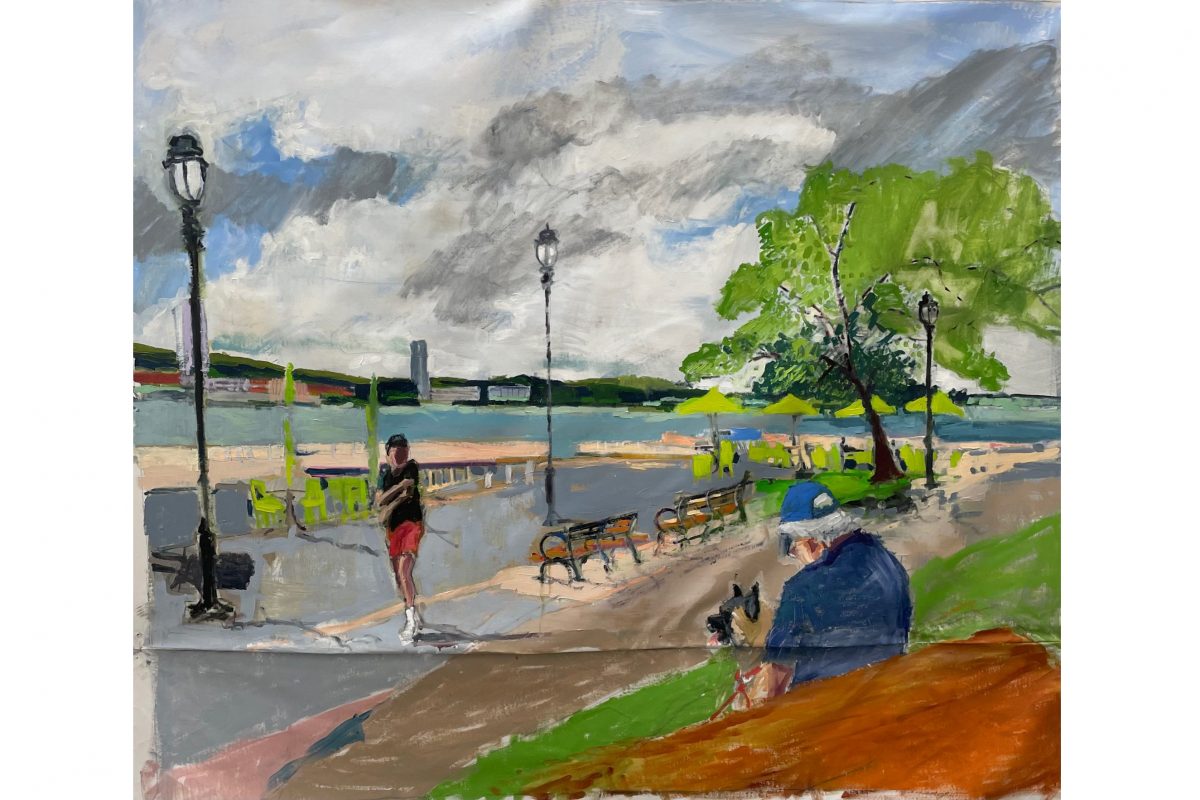 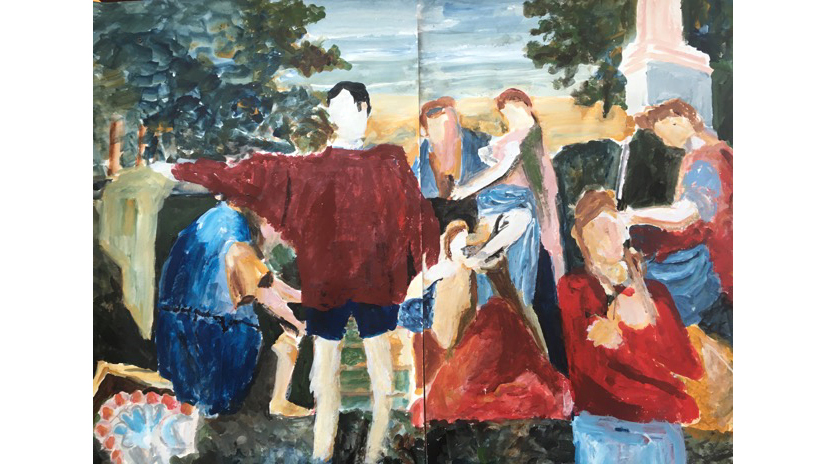 Student Perspective: Carleen Murdock on “Shifting The Earth: The Shape of Color and Transformation of Images” Virtual Intersession Marathon with Graham Nickson 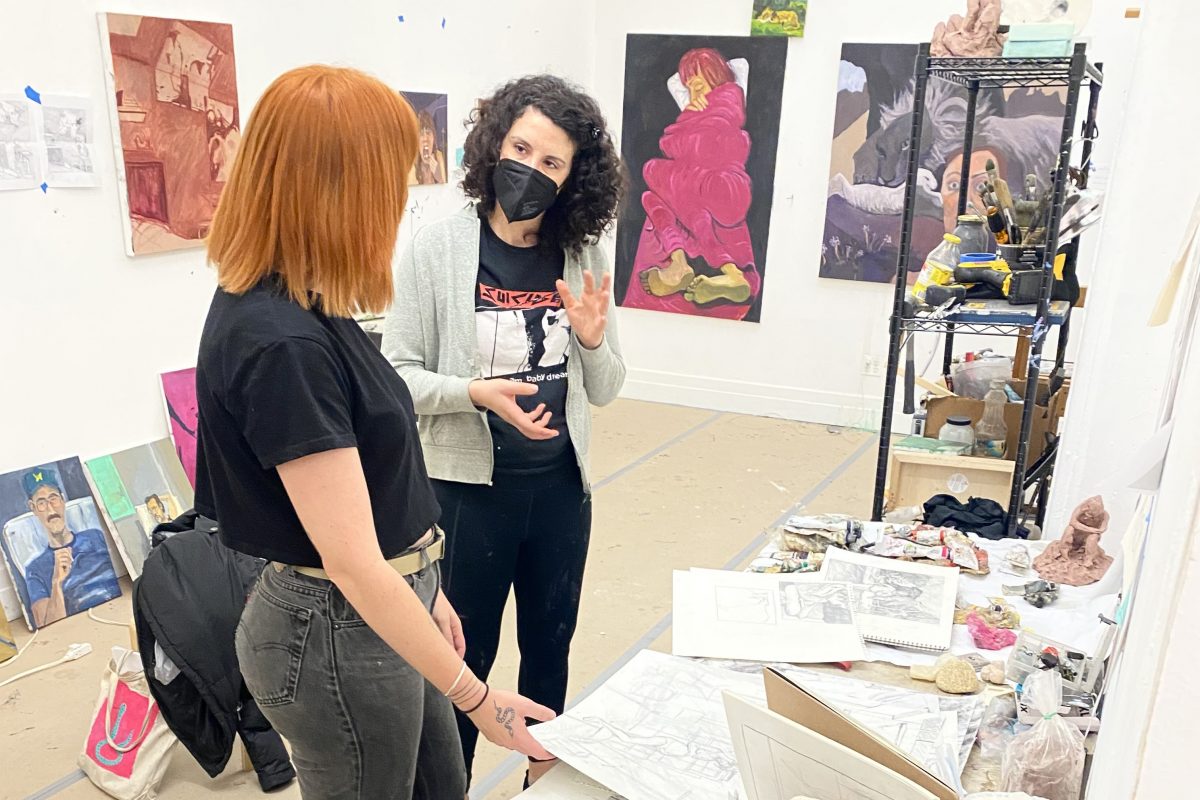