The Evening Lecture Series is free and open to the public. With inquiries, please contact Kara Carmack at kcarmack@nyss.org.

Tell Me Something Good: A Discussion with Matvey Levenstein, Dana Schutz, and Rirkrit Tiravanija

The Evening Lecture Series is free and open to the public. With inquiries, please contact Kara Carmack at kcarmack@nyss.org.

Moderated by Jarrett Earnest and with an introduction by Phong Bui

Phong Bui is an artist, writer, and independent curator who lives and works in Brooklyn, NY. He was a curatorial advisor at MoMA PS1 (2007–2010) and is the Co-Founder, Publisher, and Artistic Director of the monthly journal the Brooklyn Rail, Rail Curatorial Projects, and the publishing press Rail Editions. He was a senior critic at Yale MFA, Columbia University MFA, and University of Pennsylvania MFA (2012–2015), and has taught graduate seminars in MFA Writing and Criticism and MFA Photography, Video, and Related Media at the School of Visual Arts (2012–2016).

Jarrett Earnest lives and works in Brooklyn, NY. He authored What it Means to Write About Art: Interviews with Art Critics (David Zwirner Books, 2018) and is co-editor of Tell Me Something Good: Artist Interviews from the Brooklyn Rail (with Lucas Zwirner; David Zwirner Books, 2017). He taught at the free experimental art school BHQFU (2014–2017) and has lectured widely as a visiting critic at Yale, RISD, Boston University, Cornell, Concordia, among others. His writing has appeared in the Brooklyn Rail, The Village Voice, ​Los Angeles Review of Books, Art in America, San Francisco Arts Quarterly.

Matvey Levenstein lives and works in New York, NY. He studied at Moscow Architectural Institute, School of the Art Institute of Chicago, and Yale School of Art. He has exhibited at Galleria Lorcan O’Neill, Rome; Modern Art Museum of Fort Worth, TX; and in New York at Larissa Goldston Gallery, Jack Tilton Gallery, The Sculpture Center, and White Columns. He is the recipient of the Rome Prize, the Penny McCall Foundation Award, and the Marie Walsh Sharpe Foundation Studio Grant.

Dana Schutz lives and works in Brooklyn, NY. She studied art at the Cleveland Art Institute and received her MFA at Columbia University. Recent exhibitions include the Cleveland Art Museum; ICA Boston; Petzel Gallery, NY; Musée d’art contemporain de Montréal; Kestnergesellschaft, Hannover; the Museum of Contemporary Art, Denver; the Miami Art Museum, among others. She has been the recipient of the American Academy of Arts and Letters Award and the Louis Comfort Tiffany Foundation Award. 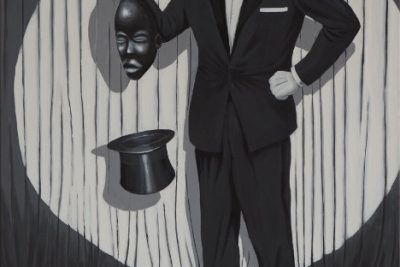 ONLINE ONLY: Michael Ray Charles and Cherise Smith in Conversation 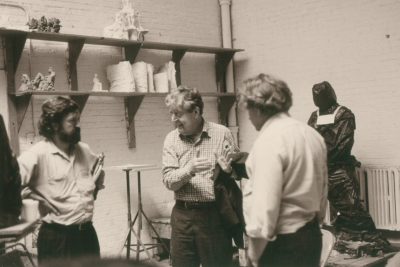 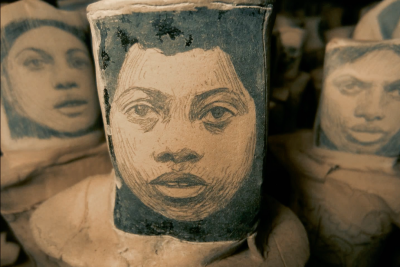 ONLINE ONLY: Hugo Crosthwaite and Arlene Dávila in Conversation