James Hyde is a materialist abstract painter, whose work ranges from frescos to glass box paintings and most recently painting on photographic prints. Hyde has produced exhibitions at the Maison de la Culture de Bourges and the Centre d’Art Contemporain d’Ivry, in France and the San Diego Museum of Art.  He has been awarded a Guggenheim Foundation Fellowship and a Joan Mitchell Foundation Fellowship, among others.  His work is included in the permanent collections of the Museum of Modern Art in New York, Brooklyn Museum of Art, the French National Art Collection (FNAC) and the Museo Cantonale d’Arte in Switzerland. Hyde has lectured as a visiting professor at a number of institutions, including Yale University, the Skowhegan School of Painting and Sculpture, and Cooper Union. In September 2017, Hyde’s essay Against Space appeared in the Brooklyn Rail which examines the history of the term ‘space’ as a concept in the arts. See the article here: https://brooklynrail.org/2017/09/art/AGAINST-SPACE

Josiah McElheny is an artist, writer and curator, best known for his use of glass with other materials. McElheny’s work includes sculpture, painting, film, performance and a series of books and texts on historical subjects.  His artwork often evidences highly refined aesthetics but behind all his projects are his idiosyncratic investigation of the history of ideas, from astronomical cosmology to design to political theory and history. His recent exhibition at James Cohan Gallery involved musical performances in conjunction with architectural scale sculpture. He was a 2006 recipient of the MacArthur Fellowship. His work is in the permanent collection a number of public collections, including the Museum of Modern Art, New York, NY; the Whitney Museum of American Art, New York, NY; Los Angeles County Museum of Art, CA; Museum of Fine Art, Boston, MA; Moderna Museet, Stockholm, Sweden; and Tate Modern, London, UK among others. He has been a visiting professor at Yale University, Columbia University, University of Pennsylvania, Cornell University, Bard College, among other educational institutions. 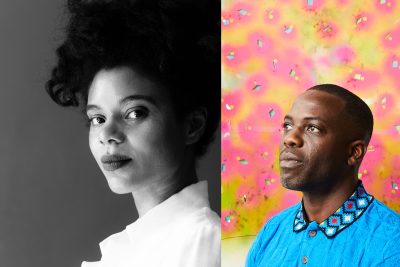 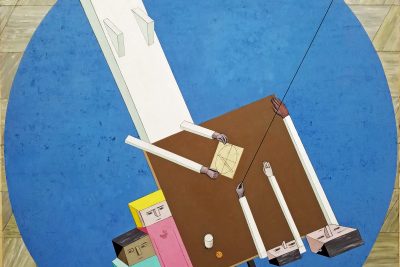 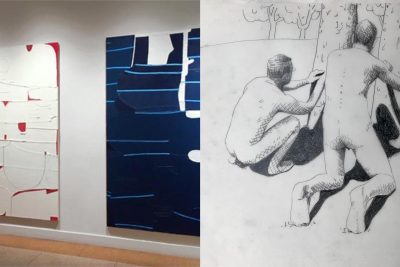 “Working on Paper: David Humphrey and Medrie Macphee in Discussion with Karen Wilkin”