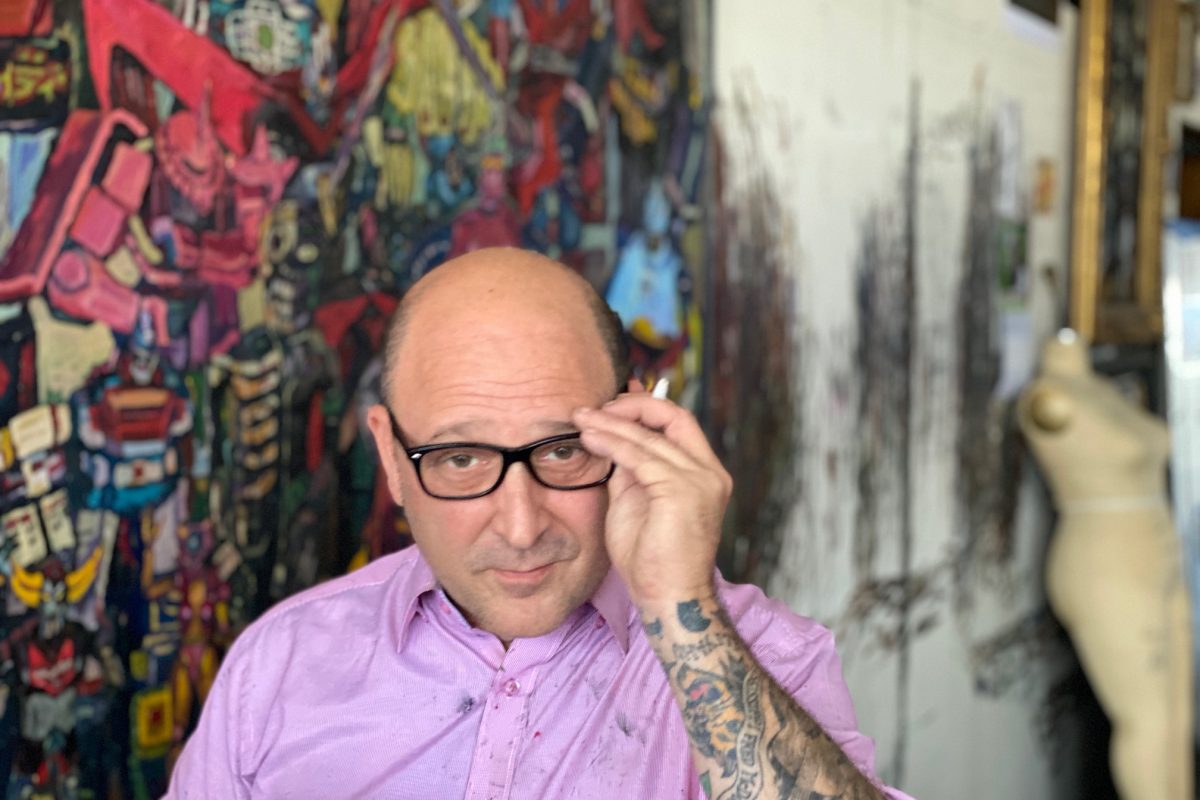 Jonathan Harkham was born in 1972 in Sydney, Australia to a mom from New Zealand and an Iraqi Jewish father. As a young child, he immigrated to the United States along with his parents and 5 siblings. Together they settled in Los Angeles. Jonathan’s early education ranged from religious Jewish yeshivas, to clothing factories in Downtown Los Angeles, where he’d work after school as a teenager. During this time he was also heavily influenced by the aesthetics of street culture, including music, skating, zines and punk rock. Jonathan went on to study at the Victorian College of the Arts in Melbourne, Australia as well as the New York Studio School, where he received a Certificate in Painting. He has shown his paintings in the United States and abroad, with his most recent solo exhibition, titled ‘City of Mysteries’, in 2019 at Werkartz Gallery in Los Angeles. Jonathan’s work is deeply rooted in his multi-cultural upbringing as well as his extensive travels. The combination of street culture, such as Japanese toys, together with his interest in the history of painting, still remains at the core of his practice. He is currently based in Los Angeles with his wife, and three children, and three dogs. 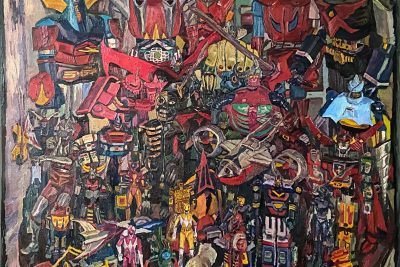 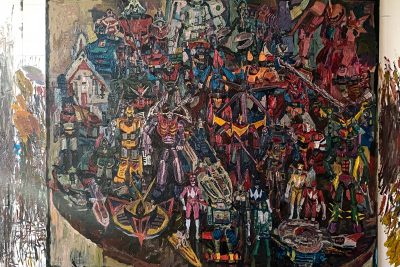 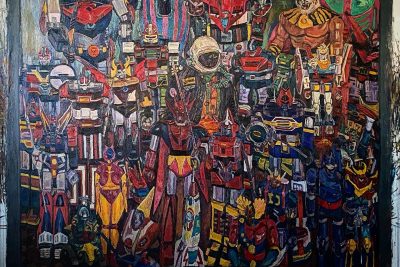 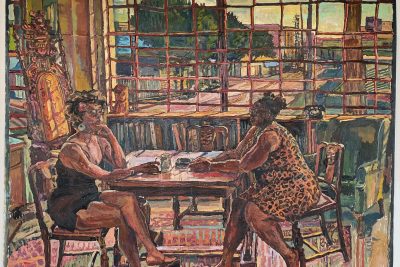 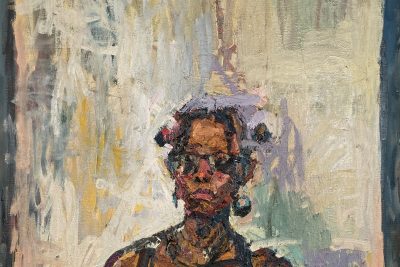 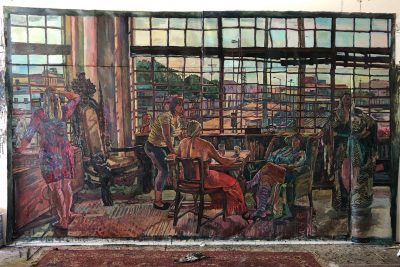 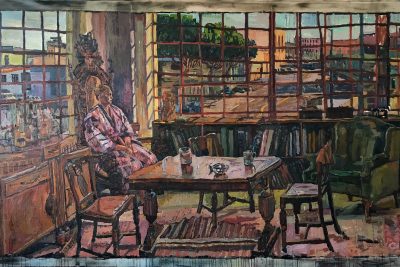 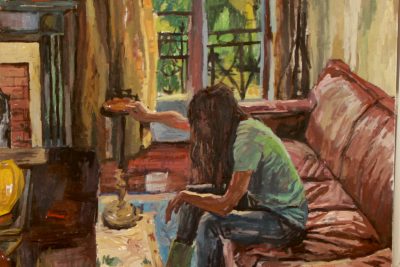 Ever dreamed of owning a piece by Matt Bollinger,

"I am really thankful to the New York Studio Schoo

Looking for the perfect holiday gift? Join us at 7

Join us TONIGHT for the final Virtual Lecture of 2