The exhibition, which took place at the New York Studio School October 27 to December 10, 2005, was organized by the Concord Art Association of Concord, Mass. and also traveled to the University of New Hampshire, Durham, N.H.; the Springfield Art Museum, Springfield, Mo; and Hollins University, Roanoke, Va.  Here is the catalogue essay by New York Studio School Gallery Director David Cohen:

In Fine Metal: George Nick and his Machines

A majestic old Bentley; a derilect shovel with bullet holes; a hanging plane; a switch engine; a railway crane; the “763”, Roanoke, VA.  Whichever way you look, the paintings of George Nick are filled with machines.  Unmechanical subjects can be, in their own way, just as finely calibrated: a living room is an ergomonic circuit of well-worn settees and skillfully, yet somehow unpreciously positioned ornaments and decorations; the frontage of a row of brownstones holds together a multitude of dwellings and shops in a fine-tuned orchestration of closely lived lives.

And this is before saying anything of the paintings themselves, “machines” in the sense of the Academy or the Salon, pictures that are a powerful complex of emotions and devices: think The Haywain transposed to sunny New England.  A Nick is a “machine” in that it works, even though there is a lot going on.

At a certain level, though, George Nick and machinery is a contradiction in terms: with his luscious, creamy paint, joyously high-octane yet authentic color, and his fluid, organic sense of rightness, of unforced order, he seems the opposite of mechanical, devised, tooled.  His touch and vision alike epitomize “naturalism.”  Not the literal, contrived naturalness in heavy quotes that is Realism, but rather, naturalism in the sense that comes from intuitions born of an unaffected love of things and of phenomena.

George Nick’s paintings might seem the opposite of art that sets out to convey a social or moral message, and yet the more we think of his naturalism in relation to the machine, the more suggestive his painting career becomes of reconciliation between the mechanical and nature’s ways.

“No mere coincidence has brought him to dwell in Emerson and Thoreau’s town of Concord,” according to John Updike. George Nick can be said to have discovered the transcendent in the picturesque without any recourse to sentimentality.  Aspects of his touch and palette recall the fauves and impressionists, and his attachments to the American vernacular, whether in machines or houses, has a dose of the nostalgic about it.  But Nick’s paintings bring the same disarming freshness and frankness to an appreciation of the old and familiar as they do to odd and discarded corners of the modern world.

He was born in Rochester, cradle of the American camera, and had his formative artistic experiences in the Eastman House.  And yet his vision is belligerently anti-photographic: he is an artist who must always “eyeball” it, who eschews single point perspective or other pictorial tricks—“Hall of Flags, Boston State House” (2001) is a monument to that determination.  He is nonetheless a painter whose every image is charged with a sense of immediacy, of truth, despite labor to achieve that sense, in terms both of time spent and ingenuity expended, that belies the effect.  For much of his career he was a devotee of the principle of painting “alla prima,” that is to say, in a single sitting; although he outgrew the need to work in that way, his mature vision retains if not extends a bravura sense of spontaneity that links the velocity of brushmarks to freshess of perception.

And consider, too, that to transport his viewer to the all-American scenes that he captures, a classic farmhouse surrounded by New Hampshire snow, say, or a circular glass shopfront that turns the corner of a city street, the artist, committed as he is to working “sur le motif,” unwilling to rely on photographs or sketches but experiencing the light and every other sensation in person, relies upon that most American of machines, the automobile.  Or rather, in his case, a customised truck, fitted out with “picture windows” and skylights.  This mobile studio with its bus heater protects him from the elements and the instrusiveness of passersby.  Naturalism, authenticity, and empiricism can happen on four wheels as surely as two feet.  Forget Walden Pond: George Nick has set out to redo nature, after Henry Ford. 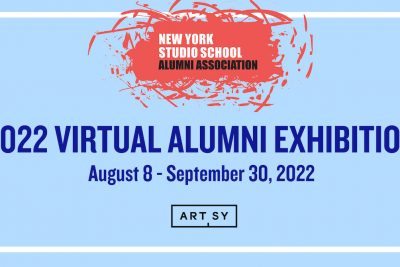 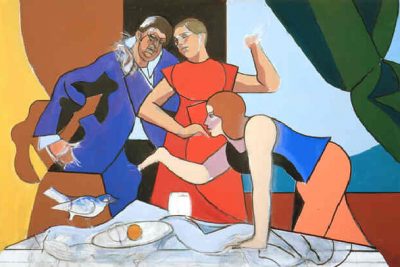 Paint, precision, and placement: The Paintings of Leland Bell