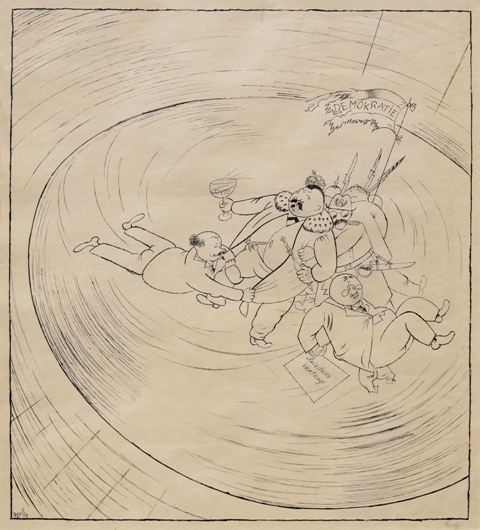 The New York Studio School Gallery is pleased to present George Grosz in Germany: Works on Paper, 1913-1925, curated by Karen Wilkin. The works in this exhibition, all from the Louis-Dreyfus Family Collection, span the entire spectrum of Grosz’s achievement during his German years, the period he is generally agreed to have been doing his most significant work.

“For many of us, George Grosz’s fierce drawings and watercolors of the 1920s more or less define the way we envision German society in the wake of the First World War. (Kurt Weill provides the soundtrack.) The world Grosz conjured up, populated by mutilated veterans, bullet-headed military types, ladies of the evening, complacent burghers, their scary wives, and the like, is at once repellent and engaging.

Grosz’s drawings occupy a narrow zone between sharp characterization, in a modernist vein, and bitter caricature. His penetrating eye is as merciless as his incisive line; no grotesquery, no pomposity, no shade of pretense escaped him. His uncompromising position offended the authorities, while he was still in Germany. After he emigrated, the Nazis included him prominently in the 1937 exhibition of “Degenerate Art” and added editions of his prints to their book burnings.

Today, when works of art are frequently asked to justify themselves by addressing political and social issues, Grosz’s still relevant commentary on his own troubled era offers a useful lesson in how such content can be approached. His mordant satire and savage wit require no text. The acuity and bite of these works still speak to us, after almost a century.”

The exhibition will be accompanied, as part of the New York Studio School’s Lecture Series, by a discussion on Grosz’s work between Karen Wilkin and William Louis- Dreyfus on December 4th, at 6:30 pm. 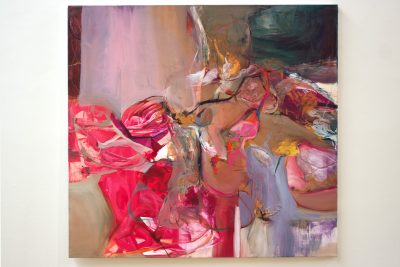 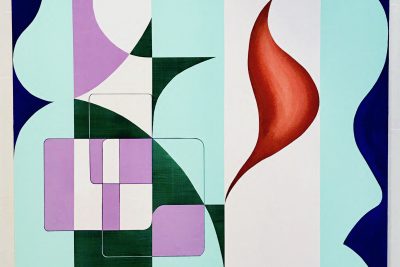