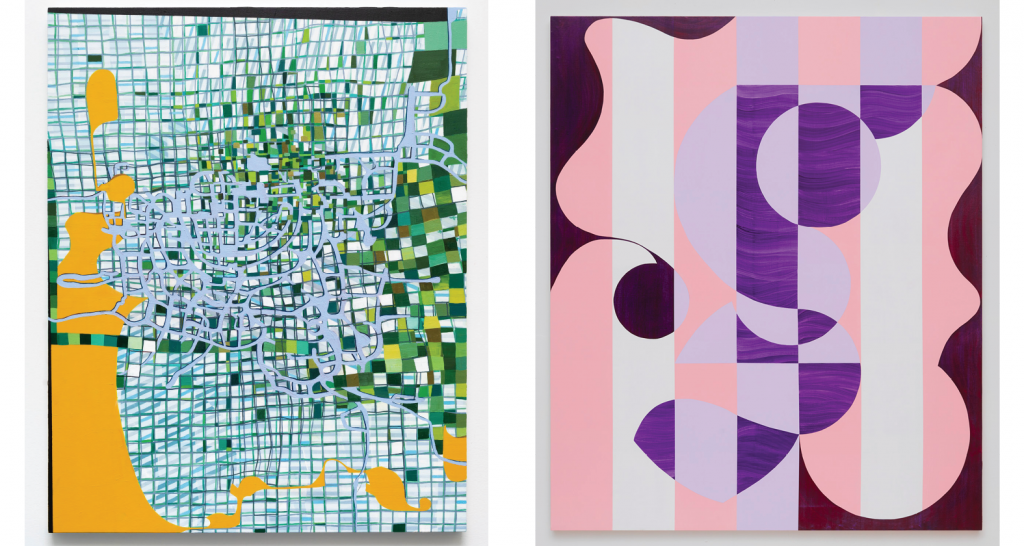 Lisa Corinne Davis and Shirley Kaneda create bold, colorful abstractions that contain a multitude of meaning through both free expression and restraint, a duality that informs the base geometric structures of their compositions—the grid for Davis, vertical stripes for Kaneda. The destabilized visual fields evidence layers of history—art history, immigration and identity, place and memory—through a palimpsestic interplay of biomorphic and hard-edge forms.

In Deliberate Deceit, for example, Davis layers a gridded field with a paint pour that mimics the distorted grid. The dark blue line outlining the meandering light blue pour enhances the sense of controlled chaos. The flat yellow field in the lower left fractures apart as pieces float away across the sprawling linear net. Davis’s approach to abstraction is profoundly personal. According to the artist, “My desire to explore and understand my Black self lives in a visceral, tactile, metaphysical, and psychological place. These sensibilities are abstract ones, and I felt I could better express them through abstraction rather than representation, which by its very nature is not fixed and allows for more open and fluid interpretations.”1

Lyrical oblong forms punctuate the thick vertical bands of Kaneda’s canvases. The pirouetting shapes, often reminiscent of keyholes, interrupt the stripes’ logic with playful color and texture. In these territories, Kaneda often applies the paint with a freer hand, save for the borders which remain firm. In Ambivalent Resolution, for example, areas of flat lavender and an expressively applied dioxazine dialogue with white and pink vertical stripes. Eliciting joy and sensuality, Kaneda’s canvases revel in contradiction and surprise.

Both Davis and Kaneda challenge art historical paradigms, particularly twentieth-century white, masculine modernism and hermetic traditions of abstraction. As Kaneda writes, “That abstract painting or painting in itself is a form that has to take into sense its historicity may turn out to be its strongest point.”2 DUAL showcases the work of two artists who force abstraction to dialogue with the exterior world by engaging in pressing concerns over race and gender, among others. Their unique visual rhetoric creates intangible physical spaces that resonate as psychological ones and invite viewers to actively participate in the formation of new structures of knowledge.

Lisa Corinne Davis is a Brooklyn-based abstract painter exploring themes of racial, social, and psychological identity. Davis received her BFA from Pratt Institute and her MFA from Hunter College. She is currently represented by Jenkins Johnson Gallery (SF & NY) and the Miles McEnery Gallery (NY). Davis is the recipient of numerous awards, including The 2022 Guggenheim Fellowship, The Louis Comfort Tiffany Foundation Grant, a National Endowment for the Arts Visual Artist Fellowship, three Artist Fellowships from The New York Foundation for the Arts, and a Pollock-Krasner Foundation Grant. Her essays on art and culture have been published in the Brooklyn Rail and Art Critical. She is currently Professor of Art and Co-Director of the MFA program at Hunter College in New York.

Shirley Kaneda was born and raised in Tokyo and is a naturalized American. She has a BFA from Parsons School of Design. Kaneda has continually explored the possibilities of abstract painting in thought provoking ways. By confronting issues of reproduction, repetition and variation, Kaneda literally turns her lexicon on its head and raises questions about how changes of syntax or orientation affect the viewer’s understanding of her works. Kaneda has shown in numerous venues in New York and Europe and has written essays such as “Painting and its Others: The Feminine in Abstract Painting” and its sequel, “The Feminine in Abstract Painting Reconsidered,” and has conducted many interviews for Bomb Magazine where she is a Contributing Editor. She was Professor of Painting at Pratt Institute until her retirement in 2018. Kaneda is a recipient of many awards such as the Guggenheim Fellowship, National Endowment for the Arts Award, and Pollock-Krasner Foundation Grant.

Painters Lisa Corinne Davis and Shirley Kaneda joined Steel Stillman for a lunchtime conversation as part of the Brooklyn Rail‘s online series The New Social Environment to speak about their works in DUAL. 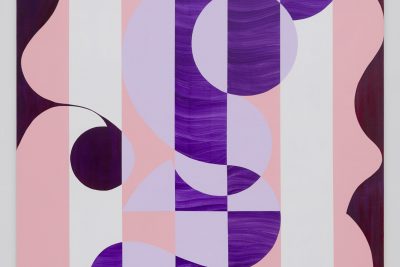 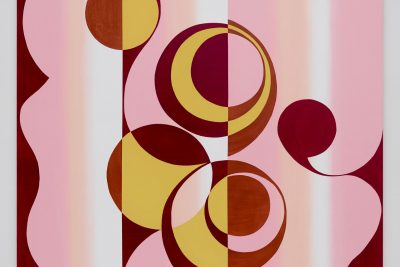 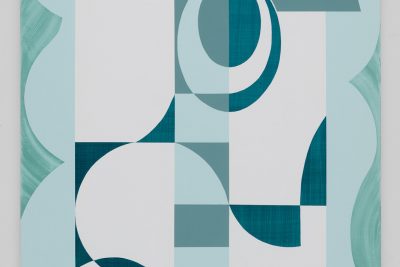 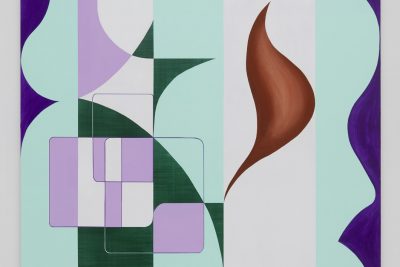 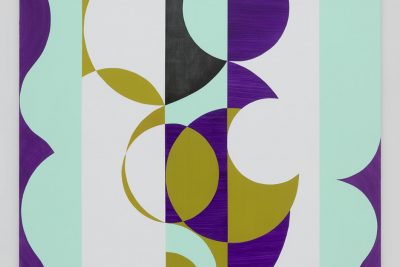 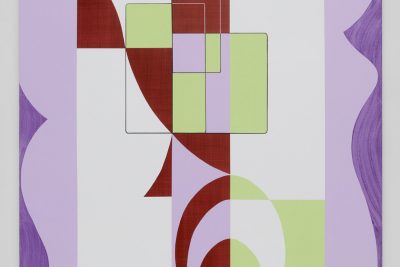 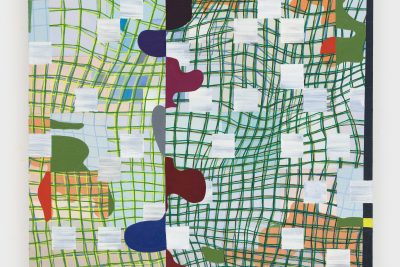 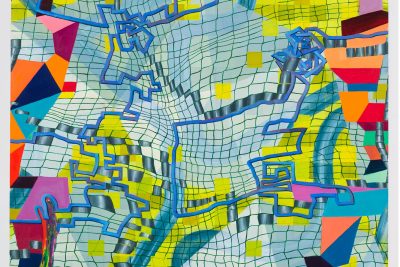 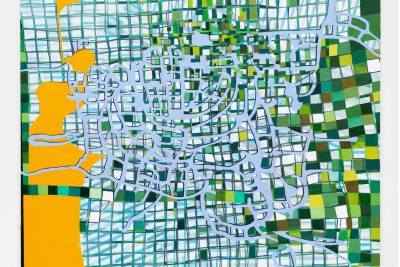 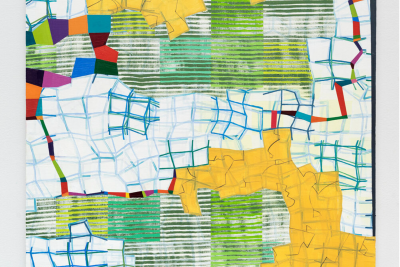 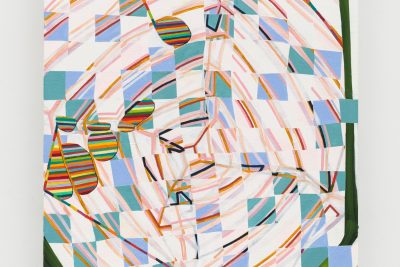 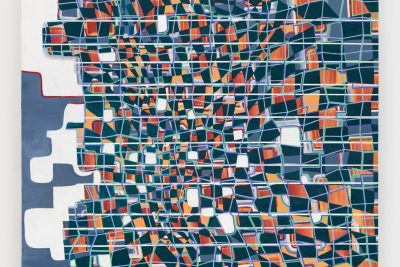 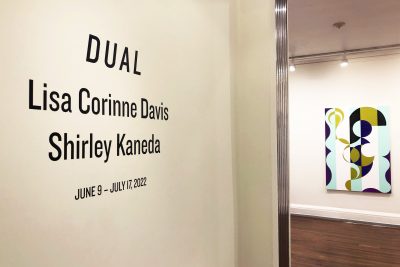 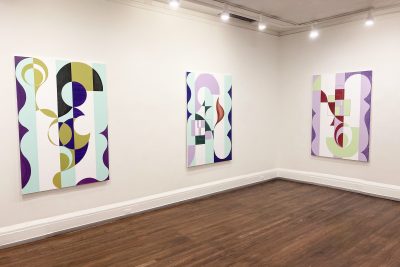 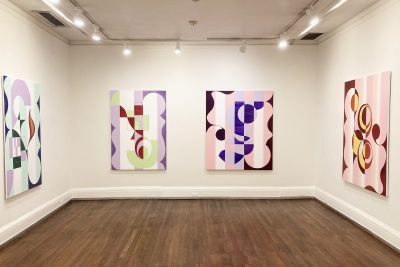 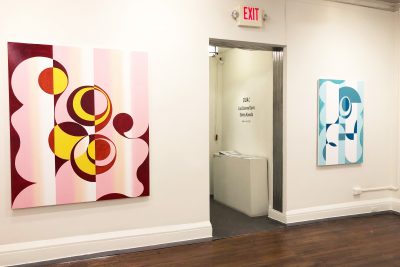 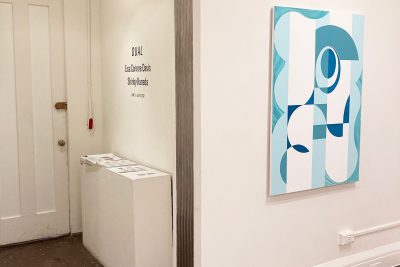 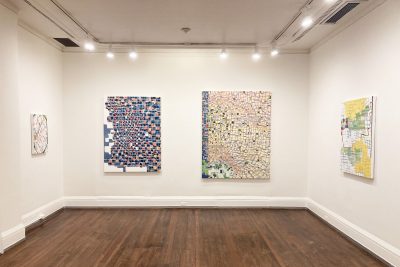 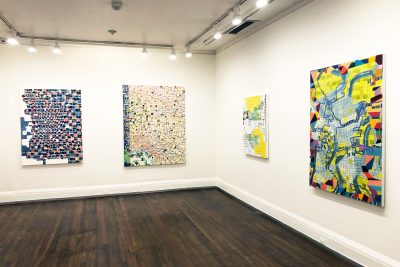 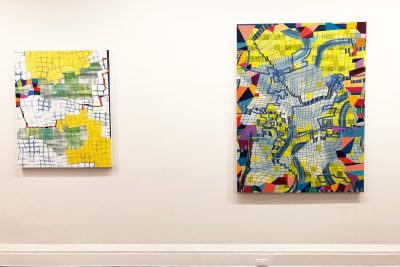 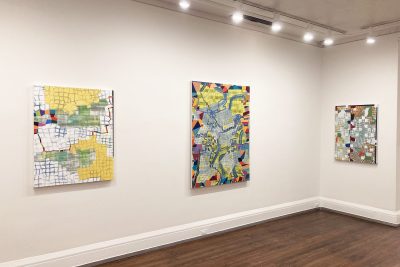 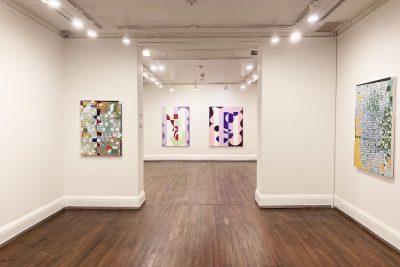 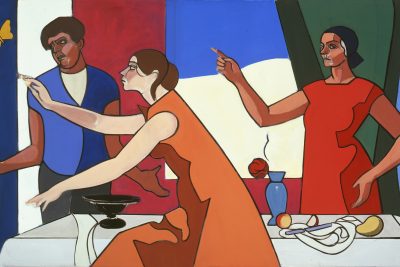 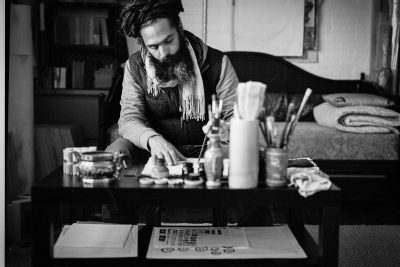