In this excerpt, architectural historian Francis Morrone describes the creation of the Whitney Studio, designed by Robert Winthrop Chanler and Grosvenor Atterbury. Recorded on December 7, 2016.

“The Gertrude Vanderbilt Whitney Studio in Greenwich Village, operated out of the New York Studio School, has been named a National Treasure by the National Trust. The studio, which was designated a National Historic Landmark in 1992, and was included on the World Monument Fund’s 2012 Watch List, was built in 1877 as a carriage […]

The New York Studio School was placed on the World Monuments Fund Watch List for 2012, and recently students worked on a scale transcription of the Chanler ceiling for ‘Watch Day 2012.’  Full time students used charcoal, mirrors and ladders to energetically transcribe the swirling motifs of sea and celestial creatures, flames, and figures that […] 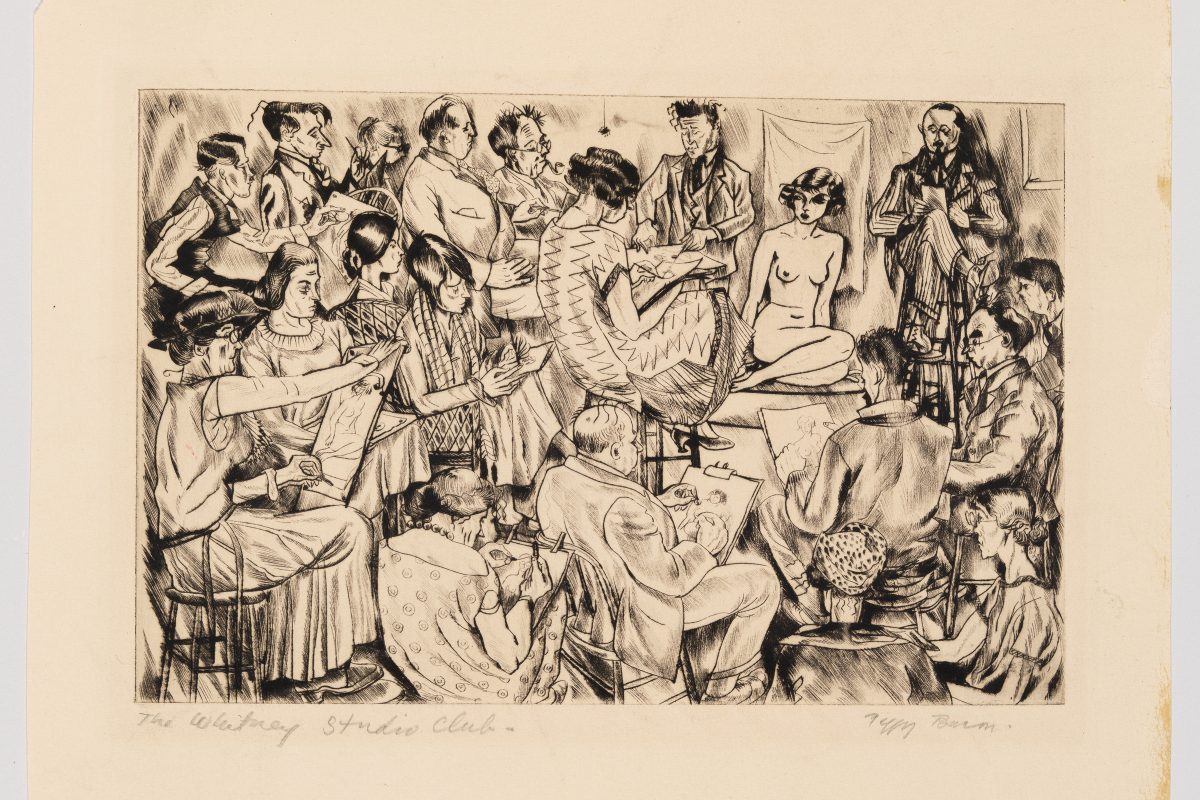 In 1918, a case can be made for the original ‘Marathons’ at 8th Street.  Twenty painters drew numbers, turned up at 8 West 8th Street and were given canvasses of different sizes, depending on the number they drew, and were instructed to paint pictures on the spot from memory without sitters or models over three […]

The Whitney Studio has always been a hub for the New York Studio School community; through lectures, meetings, critiques and dinners the space has remained a core gathering place for the School, just as it was for Gertrude Vanderbilt Whitney during the early part of the 20th century.  Robert Winthrop Chanler’s installation, a bas-relief sculptural […]